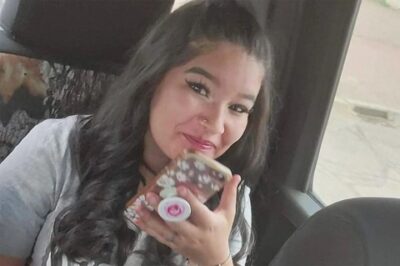 The 14-year-old girl has been identified as Aaliyah Salazaar.

She was shot in the head while recording TikTok videos with her friends in Monte Vista, Colorado, the United States.

According to KUSA television station, the authorities have arrested and charged three people in connection with the sad event that happened on Thursday evening.

The report said a 21-year-old man Emiliano Vargas, along with two unidentified juveniles, were charged with the incident, which “could be an accident.”

According to a radio station, KRDO, one of the underage suspects was fiddling with a gun and tossed it to another minor, who “caught the gun and did not know how to hold the gun and fired it.”

KRDO reported one of the suspects said that “it could be an accident,” though she confirmed that the gun was pointed and fired at the Salazaar.

Both juvenile suspects face reckless manslaughter charges for their role in the matter.

Trending Now :  One Million Boys: Portable Will Be Arrested After Investigation – Police Reveals

Vargas, the owner of the gun was not present during the incident but was also charged with permitting or providing a minor with a firearm, as the gun was conveniently available by one of the suspects.

The report revealed that one of the suspects and Vargas had dated and lived together.

A search of the suspects’ phones and social media accounts reportedly showed them wielding the gun in question, suggesting that it was not the first time the teenagers accessed the firearm.

While the authorities have resolved to get justice for the deceased, her family have also talked to journalists about their grief.

“She could go into a store and come out with 20 new friends. She was just that type of person. She loved people, and people loved her,” Aaliyah’s grandfather, Gary Salazar, recalled.