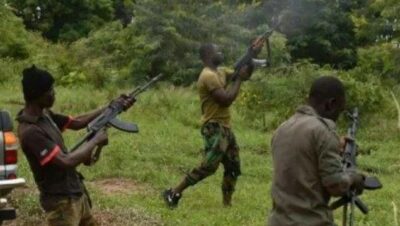 According to Punch, N2 million ransom was paid to secure their freedom from the bandits after they were kidnapped on July 18, 2022.

The gunmen abducted the 15 farmers near Mgbuji town while they were going to their farms.

The spokesman of Mgbuji Community, Chijioke Ogbodo, confirmed their release on Tuesday, August 2.

Speaking on the constant attack on the community by gunmen, Ogbodo said that their abductors demanded N30 million but what the families were able to contribute was N2 million.

“After so many pleas, because the security agencies abandoned us, they (the gunmen) accepted to collect what we have. So, last week, they were able to accept the two million naira and released them. We thank God that no one was harmed,” Ogbodo said.