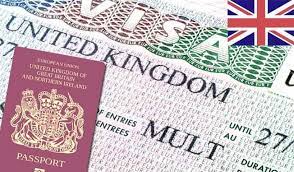 20 Years Later Man Who Stole His Cousin’s UK Visa Days Before His Trip Confesses: A Nigerian Twitter user with the handle @Lady Itohan used the microblogging network to recount how her uncle’s goal of studying in the United Kingdom was ruined by a jealous cousin.

@lady Itohan reported that her uncle’s UK visa unexpectedly vanished a few days before his planned trip to the UK to complete his schooling, and that her uncle’s cousin made a tragic revelation 20 years later.

According to her, the man’s cousin admitted to stealing the visa because he was jealous.

Itohan told the story in response to another man’s tweet about how he guarded his visa with his life after receiving it.

“His worry may appear amusing, but my uncle’s visa was canceled a few days before he was to travel to the United Kingdom for study, and that was the end of his dream!” she says. 20 years later, the thief, his cousin, who was jealous at the time, confessed!!! #TrueStory” 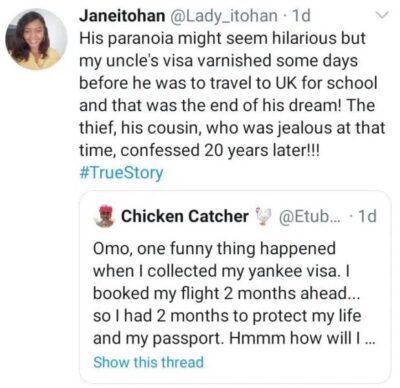 Hmm…Terrible things are happening in the world. Who could have thought that his cousin, whom he trusted, would do that to him? The world is indeed an unfriendly place.