WE ARE NOT IN SUPPORT OF POOR/BAD GOVERNANCE, SOME OF THE DECISIONS TAKEN BY THE CURRENT LEADERS OF FEDERAL GOVERNMENT OF NIGERIA ARE REALLY NEFARIOUS, RAPACIOUS, AND OBNOXIOUS. THIS IS NOT THE RIGHT WAY TO CHECK THE ECONOMY OF NIGERIA. SO, THAT’S WHY WE THIS PIECE TO OUR VIEWER/FANS, WITH HOPE THAT THEY WILL JOIN US IN CLAMOURING AGAINST POOR LEADERSHIP, HARSH CONDITIONS, AMONG OTHERS. 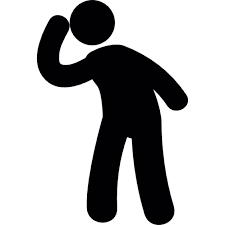 “… Okonkwo, That boy calls you father, bear no hand in his death.”
[Ezeudu’s warning to Okonkwo in The Chapter Seven of Chinua Achebe’s Masterpiece “Things Fall Apart” is the best line to open  an address to President Muhammadu Buhari.].

The warning depicts that in a traditional African society, when a man has hope and faith in you, even if you have no way to put him through his trouble, you should not be on the path that hastens his death. Trust should not be broken.

The average Nigerian man prior to 2015 was a troubled man.

He was unaware that he would be able to “throw out” whoever he did not love and bring who he loved, he was unaware that his vote meant something in changing a government, he was totally unaware that his voice could be heard….. Many thanks to Professor Attahiru Jega’s Permanent Voters card and Zuckerberg’s Facebook the perspective changed and the unfortunate lamb personified in President Goodluck Ebele Jonathan was led to the slaughter, basically in trial to see if this “changes” were something to buy.

These people hoped that the naira that had crashed so badly to about 180 Naira to a dollar would return to about 100 Naira / Dollar.

These people hoped that the unreasonable Herdsmen who slaughtered in  the Benue Valley and beyond  in Tens  under Jonathan  would not have a ground when their messiah came on.

These people hoped that a president who gave them an FOI Law and arrested them when they insulted his wife (if he ever did)’ would give way for a president who wouldn’t mind’ if they named their dogs ‘after him’.

These people had hopes that onward things would move better and become cheaper from what they had.

These people had hopes.
We had hopes.
We waited for a saviour.
He came in ‘Buhari’.
Rather than be the saviour, he has stood on the sidelines and with his deafening silence (apologies to Rafael Fanan Magen ), he has watched us fall slowly…

…Buhari, this people called you saviour, do not bear a hand in their extinction.

YOU HAVE READ IT ALL. WHAT A TERROR! IF NOTHING IS DONE, ALL THE ERRORS THIS PRESENT GOVERNMENT IS MAKING WOULD POSE OUR FUTURE WITH GREAT HORRORS.

YOUR COMMENTS ARE THE FOOTPRINTS YOU’LL LEAVE ON THIS SITE AS A VISITOR!
Remember to bookmark this site and follow us by email to always get notifications. Thanks for coming today, remember to come tomorrow, and keep on coming.
OUR INSTAGRAM USER NAME=> “DInspirationalParrot“
THE
INSPIRATIONAL PARROT
Twitter
Handle=> @DInspirationalP
Hash
Tag=> #HearMeNaija
COURTESY
OF #TEAM_TRENDSOFLEGENDS
SPECIAL
THANKS TO #TEAM_UNIZIKMATA=> www.unizikmata.com.ng

About @TrendsOfLegndsTeam 13860 Articles
We inspire people with whatever we are destined to do in life. We're on twitter: @MusicParrot1 & on Facebook: @TrendsoflegendsBlog

Legend Of The Moment