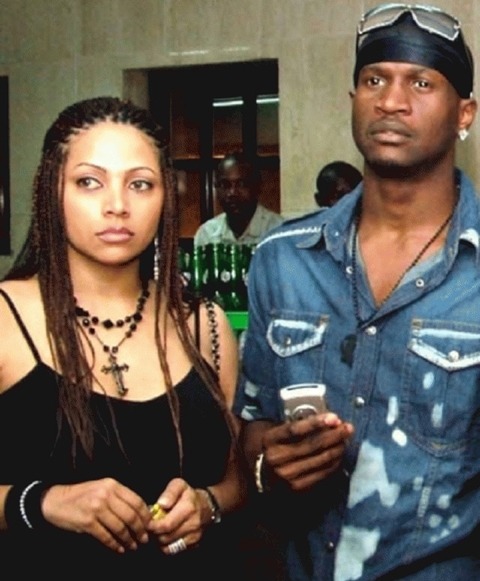 Okay, in this celebrity gossip, we are going to take a look at this throwback photo (above) of the Multi-award winning Nigerian Singer, Peter Okoye and his pretty wife, Lola
Omotayo Okoye; and story of how they got to know or meet…

Lola whose full name is
Titilola Loretta Omotayo is of Nigerian and Russian descent, her father being a
Nigerian and her mother, a Russian.
Lola met Peter Okoye met at a show
organized by British America Tobacco in Enugu. The company Lola was working for
had British America Tobacco as a client.
See Also: CELEBRITY GIST: THIS PHOTO OF PETER OKOYE’S WIFE, LOLA, WILL WOW YOU!
According to Lola, they hit it off
immediately but she refused to give her phone number to him because she wanted
him to chase her. Well, he did and the rest they say is history.

To be sincere, I keep regretting the separation of Paul and Peter of P-Square, and still keep wishing they come back together soon.

I do enjoy every of their songs when they were still together.