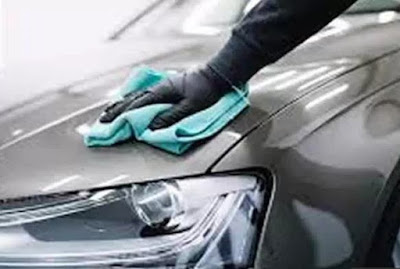 A car wash attendant, who was
desperate about marrying a new wife, has done something quite unbelievable to
carry out the project.
Mohammed Chado, a car wash
attendant, has been arrested by the Police in Abuja, allegedly for selling
a Year 2000 model of Toyota Camry that a client had asked him to wash.
According to Punch Metro, the
suspect, who was working at a car wash outlet in Apo, Abuja, allegedly made
away with the car and sold it for N450,000 which he reportedly used to marry a
wife.
Chado, 29, was among the 40
crime suspects paraded on Wednesday by the Commissioner of Police, Federal
Capital Territory, Sadiq Bello.
The Police boss said, “Chado
was arrested at Batafe village in Niger State where he was hiding after he sold
a Toyota Camry 2000 model that was given to him for washing.
“He escaped with it, sold it
for N450,000 and used the money to marry a wife. The stolen car has been
recovered.”
Chado, in an interview,
explained that he spent N300,000 on his wedding and expended the balance on
feeding and other needs.
The taciturn suspect said, “I
sold the car for N450,000 and spent N300,000 on the wedding; I gave the money
to my family to buy the needed wedding items, then I spent the balance on
feeding myself for one year.”
Giving a summary of arms
recovered from the other crime suspects, the Police boss said they include 38
English pump action guns; 13 dane guns; one fabricated revolver; 25 fabricated
modified pump action; one double-barrelled gun and 22 cartridges.
Other exhibits allegedly
recovered are 11 vehicles, three cutlasses; eight fabricated pistols; nine
television sets; one desktop monitor; three knives, and one toy gun.


Trending Now :  "What To Do To Someone Who You Love So Much But Doesn’t Feel Anything For You" (Issues on Love, Sexuality, Relationship & Marriage)

About @TrendsOfLegndsTeam 13407 Articles
We inspire people with whatever we are destined to do in life. We're on twitter: @MusicParrot1 & on Facebook: @TrendsoflegendsBlog