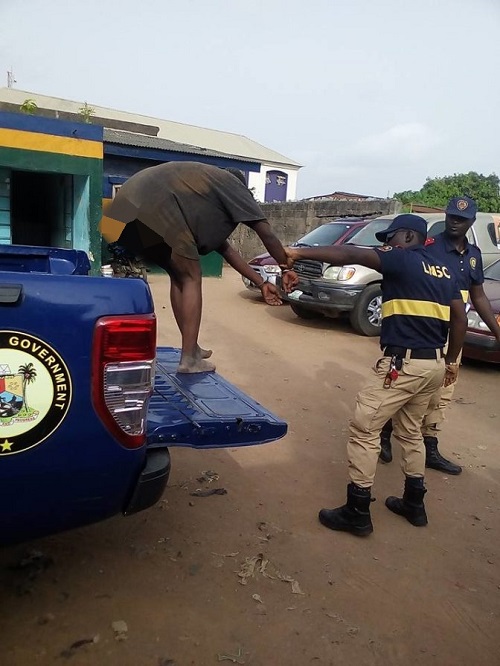 A female kidnapper nearly got lynched to demise by angry mob after she was caught for allegedly trying to kidnap a minor in Lagos State, Nigeria…
BELOW IS THE NEWS IN DETAIL:
A 35-year-old Nigerian woman named Nosimo barely escaped death yesterday, 27th of March 2018 after she was caught reportedly trying to kidnap a minor at Kolawole street, Papa Ashafa Orile Agege LCDA by Operation Officers of the LNSC Orile Agege command.
She was beaten mercilessly before being stripped unclad by the irate mob.
The woman from Ilisha in Osun State was however rescued by the police officers for proper interrogation and investigation.
The Divisional Police Officer (DPO) of Dopemu police division commended the effort of LNSC officers for a job well done.
More Photos from the scene: 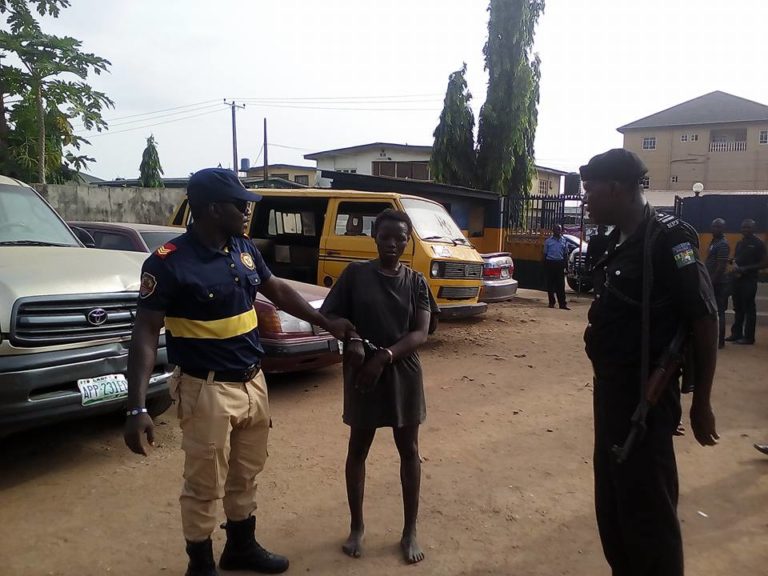 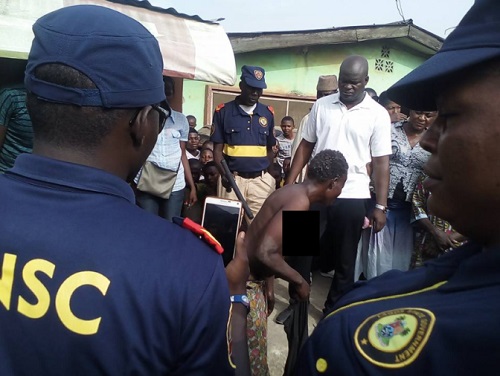 Things are really happening in Nigeria, especially in Lagos State.
So that would have been how that woman would have lost her life.
Thanks to the security operatives who came for her rescue; hope they treat the case according to law.
What do you have to say on this? Let me hear your own say.
Thanks for coming, share with others; I know you will surely do that.
Facebook Comments