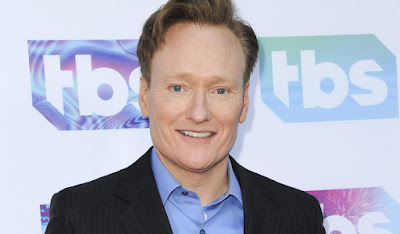 Enjoy these ten (10) quotes from Conan
Christopher O’Brien, an American Television Host, Comedian, Writer, and Producer. Hope you enjoy them; do not forget to drop your comments.

See Also: “WHAT I DID TO TEACH MY KIDS WHAT PAYING TAXES WAS ABOUT” –CONAN O’BRIEN (YOU CAN’T BELIEVE WHAT HE DID)

Don’t forget to share this with others after reading…

1) Nobody in life gets exactly
what they thought they were going to get. But if you work really hard and
you’re kind, amazing things will happen.