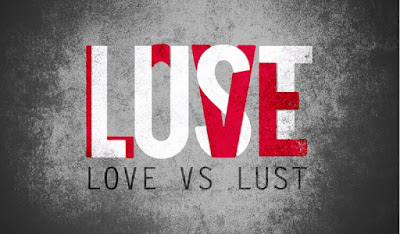 Christian Singles Must Avoid Lust In Their Courtship: LOVE OR LUST? In making your choice of marriage partner and subsequently having a successful courtship which may lead to marriage, christian singles must avoid…

In making your choice of marriage partner and subsequently having a successful courtship which may lead to marriage, christian singles must avoid LUST at all cost! Lust is destructive, but love is constructive; the choice is yours!
Take a closer look at the two words for a moment. Love or lust. You will notice that both starts will the letter ‘L’ but the two words are contrary: they differ greatly in meaning and subsequently in  expression.
One is positive and creative, the other is negative and destructive; the former is called love while the later is referred to as lust.

Love is of God and originates from Him. He is the source and fountain of love. That is why, the Bible says “for God so loved the world…” (John 3:16) or another expression like “God is love” (1 John 4:8). Hence you must have God (Jesus Christ) in your life for you to possess and be a channel of love.

On the other hand, Satan is the source of lust he is the source and fountain of lust. Satan is destructive as well as lust is. The Bible corroborates this thus: “The thief comes only to rob, kill and destroy…” John 10:10a (CEV)

That is why there are many cases of abortion today. Any fellow (Man/woman) that possess lust will definitely rob the other of joy; kill their essence and ultimately destroys the future of the fellow.

Before you begin to wonder “where does this lead to”, let me give you a true life story (a confession rather) of a lady in a popular Nigerian Newspaper I read sometime ago.

The lady confessed that she has a big problem in her life; despite the fact the she’s a graduate and working in a reputable organization as a manager. With such a good position as well as wonderful pay package, what could be her problem, you may ask? She is between 30 to 35 years of age.
She confessed to have slept with at least 50 men up till date because of her craving for sex, via lust. Her problem actually started at the tender age of 17 years when she was “disvirgined” all in the name of love (sorry, lust) between her and the boyfriend. She has not been able to manage any long-term relationship talk less of marriage.
Only deliverance can set her free from the destructive tendencies of lust. Listen dear brothers or sisters, if your choice of partner encourages sex before marriage, what you two are doing is that you are welcoming and nurturing lust in your life; a destructive foundation for your life.

If a brother or sister tells you it is either sex or no marriage and does not want to reason with the Word of God, you had better walk out of the courtship and thank the Lord for exposing wrong choice.

What is happening in this so-called “jet age” as regards promiscuity is alarming. A lot of single guys and girls (including those that are true Christians) see sex as an expression of love. But that is from the pit of hell!
What’s the purpose of sex? Sex is designed only for the marriage institution for procreation, mutual enjoyment and release of emotional tension; anything short of this is flagrant abuse with dire consequences.
Why do we have a lot of unwanted pregnancies? What about abortion? It all started with lust (not true love). The moment a single lady gets pregnant; the man’s so-called love turns to hatred and denial. For further consequences of lust, please read meditatively 2 Sam 13:1-end.
The only place a single Christian brother or sister can find true love is among the true children of God, how can a true christian ask a girl, that if she said that she loves him, she should give up her virginity?
Trending Now :  LAZI - Smart Girls


This is satanic and ungodly, if you love your life run away from Christians who doesn’t obey the word of God, and work with those that are believers in the Lord Jesus Christ.

So, don’t for whatever reason marry an unbeliever who can’t wait after marriage, hell-fire is real but it’s not for those who obey the word. The good Lord will help you to make the right choice.  God Bless You All!
Further reading and mediation:
(i) Consequences of lust; read 2nd Samuel 13:1-end