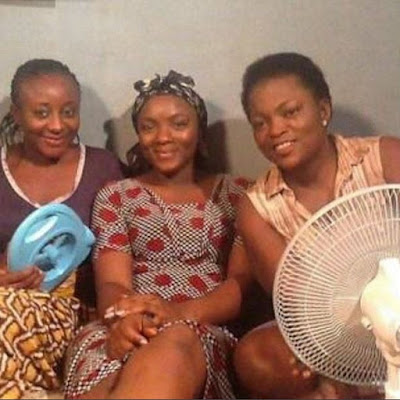 The photo is a throwback photo of the three Nollywood Actresses before hitting money.

Today, they are Legends, and there is nothing wrong talking about them on TRENDSOFLEGENDS BLOG.

Actually, the three of them have really achieved greatness in the Nigerian movie industry. We all know of Jenifer’s Diary (of Funke).

Among the three Nollywood Actresses, Chioma and Funke are happily married, while Ini Edo is still single after parting ways with her husband after two years of their childless marriage.

In the throwback photo, not specifically dated, Ini Edo and Funke Akindele look much younger; but they all full of smiles.

Ini Edo, Chioma Chukwuka, and Funke Akindele are popular Figures who have paid their dues in the Nigerian Movie Industry hustling from dusk to dawn, under rain and sun to entertain us.

What do you have to say about them? Let us hear from you as you drop your comment(s).