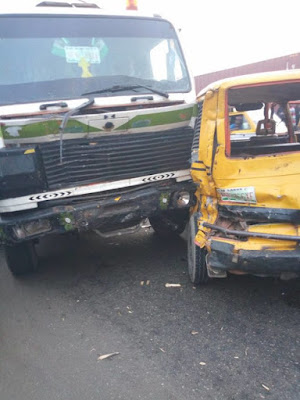 A bus conductor was reportedly crushed to death by a truck in Lagos State, Nigeria. More details and photos after the cut…

According recent report, people
were left in a state of shock after a father of three, Noah Akindiloye, was
crushed to death in traffic at Second Rainbow bus stop, in the Mile 2 end of
the Oshodi-Apapa Expressway.
43-year-old Akindiloye, a bus
conductor, was killed by a tanker driver, identified only as Abbey, whose
vehicle had brake failure.
The bus driver whom the victim
worked with, Lawal Abiodun, told Punch Metro that he was with the deceased and
some passengers when the incident happened.
He said,
“When we got to Second Rainbow,
there was a traffic jam because of people that wanted to alight from another
bus; I was in the middle lane when I heard a sudden bang. Our vehicle was hit
by a truck from the back. The hit made my bus to turn around and face another
lane.
“I don’t know how my conductor
fell from the bus. I saw him lying lifeless where the tanker had killed him.
“About three other people that
sat at the back sustained injuries and when they saw that the conductor was
dead, they simply went their way.”
The deceased’s wife, Sadiat
Akinloye, said she was feeling uneasy but didn’t have an idea of what happened.
“People had heard about the
incident in our compound, but they didn’t tell me. The driver told me that they
were in front when the tanker hit their vehicle by the side.
“I was told that my husband was
collecting money from passengers when the tanker driver hit him; he fell from
the bus and something in the tanker hooked his clothes.
“He was struggling to unhook
himself; but because the brakes of the tanker had failed, the tyres crushed
him,” she added.
The widow lamented that the
deceased had been the breadwinner of the family, adding that he didn’t allow
her to work.
“His responsibility in the
family cannot be quantified because he was the only son of his family. He was
the only one taking care of our children. My first child is in a boarding
school in Ondo State. This is the only work he does to feed us and pay for
accommodation,” she added.
The mother of three pleaded for
government help and support of well-meaning Nigerians.
So sad…
More photos from the scene… 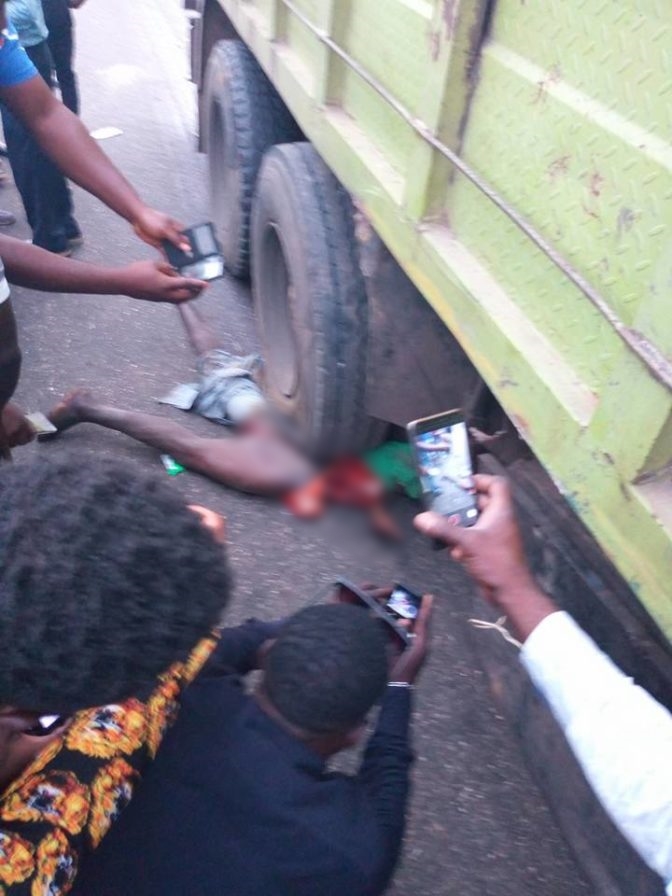 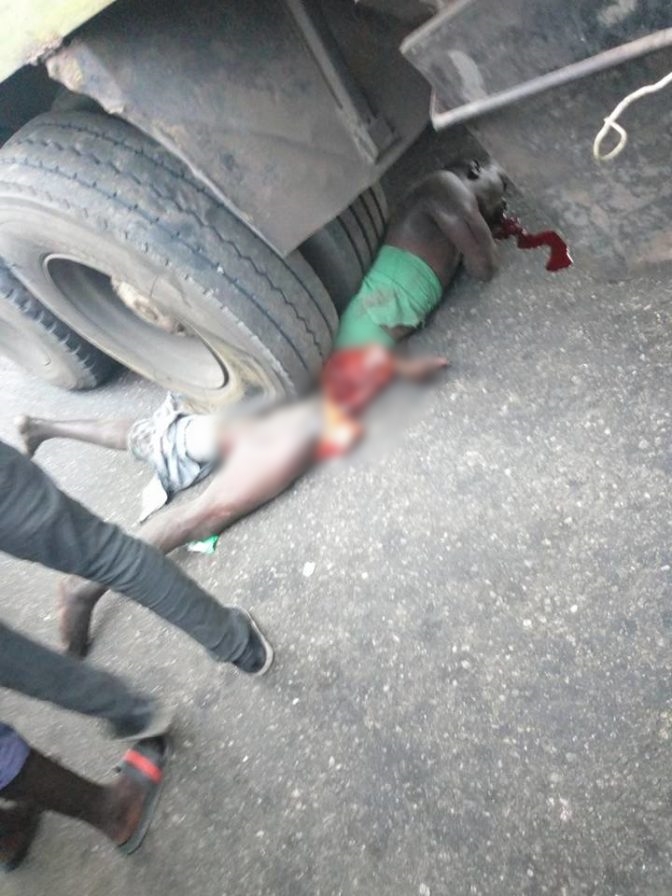