This is really heartbreaking and sorrowful; a story of Nigerian man who lost his life 2 days after his first wedding Anniversary. What a life? See details and photos as you read more…

READ THE FULL DETAILS OF THE STORY BELOW:

A man identified as Gerald Dzer from Benue State passed away on the 1st of May, 2018, just two days after his first wedding anniversary.

Late Gerald and his wife Rita got married on April 29th, 2017 in Makurdi, Benue State capital. They welcomed a baby boy months later.

According to his friend and brother-in-law, Ben Dzwa, he had been battling with undisclosed illness.

Gerald (as contained in recent report) would be laid to rest on Thursday, 10th May, 2018 at Tse-Dzer, Mbakutem, Yaav, Turan in Kwande LGA, Benue State.

Below is the moving tribute by Ben Dzwa to the deceased:

I was in Lessel on a Friday evening for a State Executive Council meeting of YOWICAN Benue State Chapter when he called that he wanted to see me the next day. I agreed that I will see him on arrival the next day in the morning at 8am.

I arrived Makurdi in time and actually we close to the venue of our meeting, NKST Idye. However, I dozed off shortly before the scheduled time for our meeting. He kept to time as it has been with him most of the times.

Minutes passed and I wasn’t around, he called several times without response from my end for nearly an hour, my phone has been silent since the meeting started the previous evening. Good enough, noise from children around wake me up some I hurried down to join him.

I arrived the venue and he was already anxious and tensed. “What could have been disturbing him?” I asked quietly within.

We prayed briefly and started talking, I have never seen him has difficulty in expressing himself like that day, I think my delay in coming to the meeting also contributed.

I later discovered as we talked that any normal person will as well be selective in choice of words the way he was.

I was many things to him that day, he was in love with a young lady who is my younger sister by natural blood. He and the lady in question were also working directly under me with children and youths in the church and as youth leaders next to me in hierarchy.

We discussed the the matter where I emphasized the need for a testimony since those there nurturing will be looking up to them, also asking him as few questions and soon we were done.

A faithful day came, 29th April, 2017, we gathered to be witnesses as they were joined in Holy Matrimony.

On Sunday 29th April, 2018, we greeted with memories as it marked it first anniversary. Even though we didn’t celebrate because of the pains my brother was going through, it wasn’t without reasons to thank God.

In just 10 months of their marriage, God blessed them with a baby boy. We however you the Anniversary date to trust God for healing of our brother. At home and in the church, it was all prayers. I was really thrilled as how the children and teens whom they had previously taught and mentored vigorously prayed for them.

Two days later precisely on the 1st May, 2018, “God healed him in a better way” in the words of my sister Rita Gerald Dzer. The Lord called him home!

Gerald Dzer lived a brief but eventful life. He lived for others and has left even at a time we needed him most.

For us as a family, it is the Lord’s doing, He is always right. We simply submit to His will even at a time like this.

Our brother will be laid to rest on Thursday, 10th May, 2018 at Tse-Dzer, Mbakutem, Yaav, Turan in Kwande LGA, Benue State. 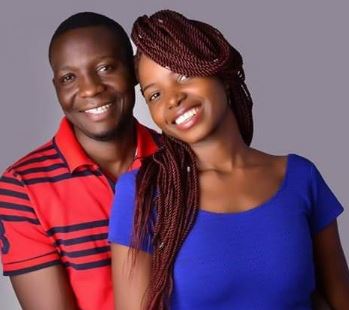 Really painful and heartbreaking, most especially to his bereft wife. May God give her and the rest of the family the fortitude to bear the loss.