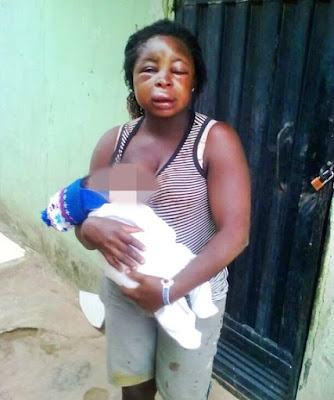 A domestic violence story
shared on social media narrated how a nursing mother in Anambra state has been
attacked and brutalized by her own husband.
Ifeanyi Orakwue, an
On-Air-Personality at Radio Sapientia 95.3 FM in Onitsha, Anambra state, has
taken to the social networking platform to share some pictures of a woman who
was brutalized and maltreated by husband.
The woman who just put to bed
was captured on camera in her injured face and swollen eyes while breastfeeding
her new baby.
Ifeanyi who blasted men who
usually abuse their wives, wrote;
“IMAGINE WHAT A MAN DID TO
HIS WIFE WHO JUST PUT TO BED…
FELLOW MEN, I SWEAR, IF YOU
BEAT MY SISTER LIKE THIS, I WILL BREAK YOUR LEGS… (I MEAN YOUR 2 LEGS)
NONSENSE!!!
MUCH LOVE FROM THE HUGEST MAN
ALIVE… TUFIAKWA SOME MEN!”
To be honest with you, I so
much feel bad when I heard or read a story of how some men beat their wives. It
is really bad…
More photos of her below: 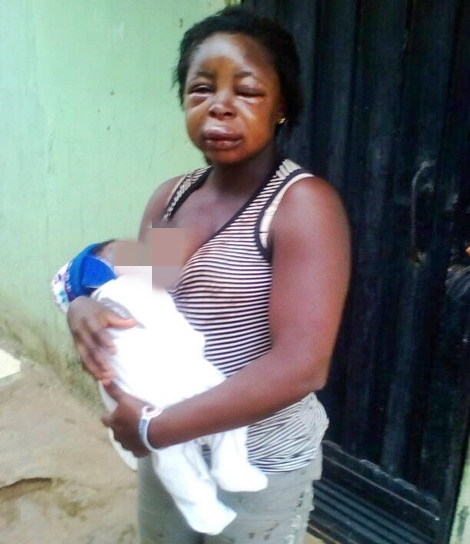 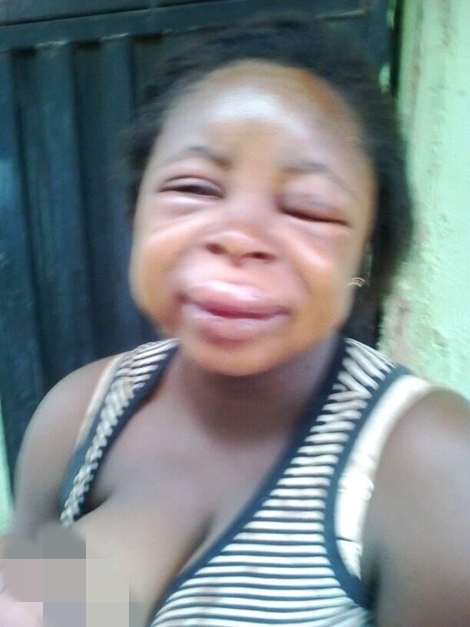 Trending Now :  How To Bring Back Love In Relationship & Marriage (10 Simple Possible Ways)