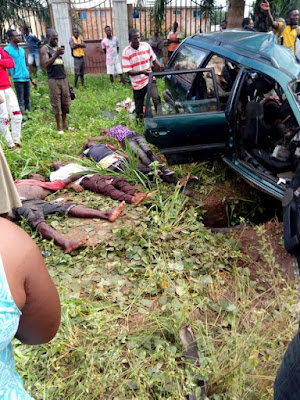 All passengers on board, included a woman reported to be newly married, have lost their lives in a fatal accident that took place in Abia State. More photos.

According a shocking report, a
great tragedy has claimed the lives of passengers including a newly married
woman on Saturday, May 26 along Ohafia Abam in Abia state.
According to Kelechi Idika who
shared the photos on social media, about 7 passengers in a Passat car and 2
persons on a motorcycle died in the fatal accident. Two persons who were
trapped in the car were later confirmed dead after they were brought out by
rescuers.
The driver from Asaga whose
wife reportedly gave birth to a baby girl was killed in the crash including a newlywed
lady who just did her traditional marriage few days ago and was on her way
going back to Umuahia, Abia state capital.
Many people have been left in a
state of shock since the incident happened.
This is so sad, May their souls
rest in peace, Amen.

More photos from the accident scene: 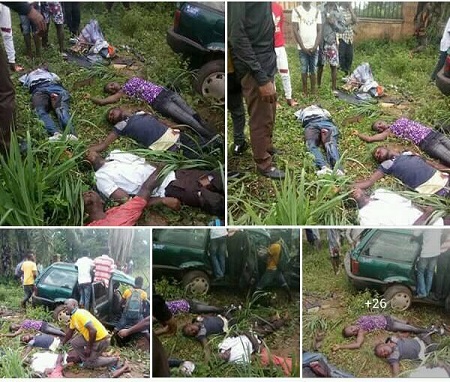 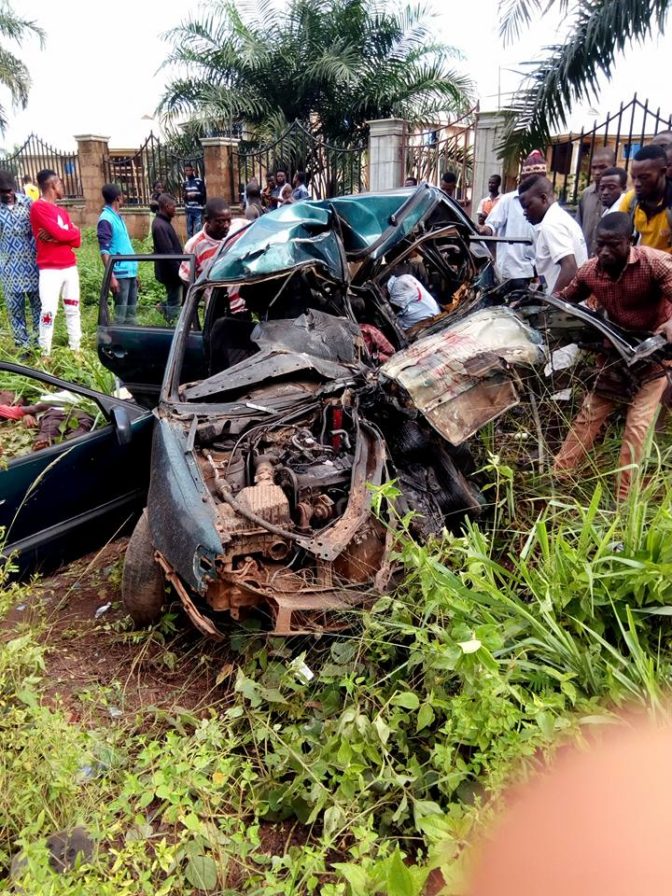