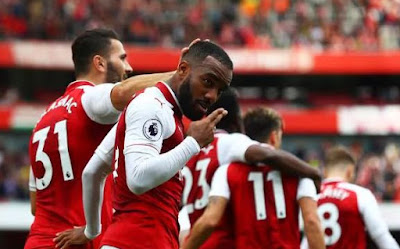 As it stands, several Arsenal players might be forced out of the club as the North London side aims to solve its defensive woes…

According to Independent, Arsenal are planning a defensive overhaul in the summer.

The club have lost faith in their back line and goalkeeper Petr Cech, with centre-back Sokratis Papastathopoulos of Borussia Dortmund identified as a top priority.

The Gunners also want Atletico Madrid goalkeeper Jan Oblak to replace Cech, but fear the Slovenian will prove too expensive.

The Spanish forward starred at Juve from 2014 to 2016, before returning to Real Madrid and then moving to Chelsea last summer.

After a difficult first season at Stamford Bridge, Juve hope that an initial loan offer of €15m plus a subsequent €45m purchase fee will lure the 25-year-old back to Turin.

Chelsea could be forced to pay Antonio Conte more than £10 million if they are to sack him this summer, according to Yahoo Sport UK.

Due to a clause in Conte’s contract, if the club replace him, he must be paid for one year or until he takes on a new managerial position.


If Conte does not find new employment Chelsea would be on the hook to pay his 2018-19 salary, which is a possibility with the PSG and Italy jobs set to go to other candidates.