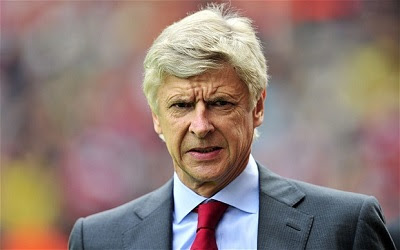 Former Arsenal Manager, Arsene
Wenger, has denied any contact with Paris Saint-Germain, over taking a role
with the Ligue 1 club.
Wenger however admits he has
always been close with PSG owners.
There are speculations that the
French club would be interested in having Wenger in a general director role,
having appointed Thomas Tuchel as their new manager.
“I have only just finished, so
I have not taken a decision.

There has been no contact
[with PSG], so, for the moment, I am really staring at a blank page.

We have always been close, and
I even encouraged [ownership] to buy PSG at the time.

I thought that with their
means, there was something to be created, to do, in a city that loves football.

You have that in every country – you cannot have a small team in a capital
city.

They have done well there,
they have started the job and I think that we are a little demanding of PSG
today,” Wenger told beIN SPORTS when asked about his future.
Facebook Comments

About @TrendsOfLegndsTeam 13481 Articles
We inspire people with whatever we are destined to do in life. We're on twitter: @MusicParrot1 & on Facebook: @TrendsoflegendsBlog