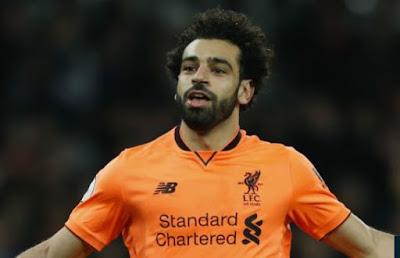 Liverpool star Mohamed Salah is respected but not feared by Real Madrid, according to captain Sergio Ramos. See more details as you continue reading…

The Blancos captain says Zinedine Zidane’s side respect their Champions League final opponents, but have no plans to focus on individuals.

Salah has led the Premier League giants into the Champions League final and they will face Madrid in Kiev on May 26.

The Egypt international has drawn comparisons to one of Ramos’ team-mates, Cristiano Ronaldo, thanks to his impressive 43-goal campaign.

But Ramos insisted Salah was just another player, saying there was nothing to be afraid of.

“We have seen what Salah can do this season, but he will just be one of 11 players we face against Liverpool” Ramos told the Mirror.

“Throughout my career, I have faced the best forward players in the world – many of them who are considered among the greatest ever. For me, there is never a fear. A respect, yes, but never a fear.”

While Liverpool’s run to the final has been a surprise, Madrid are in the decider for the fourth time in five seasons.

Ramos said his team were desperate to claim the trophy once again against unexpected opponents.

“We can’t be arrogant but we can be confident. We know it is in the DNA of Real Madrid to win the Champions League” he said.

“We are ready to defend our title for a second time – we won’t let it go easily.

With all respect, maybe at the start of the campaign Liverpool were not the team people thought would be in the final, but they are here because they deserve to be here.

We know as a team how to play finals – and we will be ready.”

To be honest and sincere, Ramos was absolutely right saying that Liverpool is an unexpected opponent for them to face in the Final match of  this Season’s Champions League.

I am also surprised that Liverpool went against all odds and book a ticket to the final of UEFA Champions League.

What do you think about Ramos’ words concerning Salah and their final match against Liverpool come 26th May in Kiev?