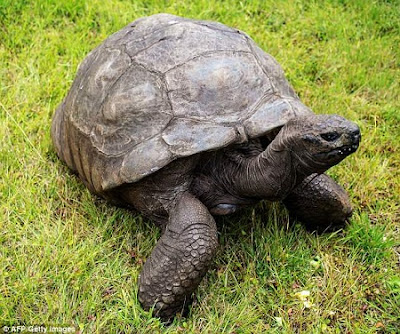 This giant tortoise has been named the world oldest living land animal after living for more  than a century. Anyway, get more details of the animal as you read more…

At the age of 186, Jonathan the tortoise, the world’s oldest living land animal, won’t be having surgery to remove cataracts, as vets on his home Island of St Helena have decided it’s too risky. (He is pictured in October 2017)

According to a report by Dailymail, Jonathan the giant tortoise is the world’s oldest living terrestrial animal.

But, there is bad news for the tortoise at the age of 186, and now blind. The famous resident of St Helena won’t be having surgery to remove cataracts, as vets have decided it’s too risky.

Jonathan, who has also lost his sense of smell, was approximately 50 years old when he arrived on the small Island in the south Atlantic from the Seychelles in 1882.

“St Helena’s most famous resident, Jonathan the tortoise, is looked after by the Island vet who ensures a high-standard of care to the world’s oldest terrestrial animal.

After much deliberation on the Island, the vet decided removing Jonathan’s cataracts was too high-risk a procedure.”

The Conservative peer added that Jonathan continues to lead an active life.

The reptile can still be found happily plodding around the grounds of Plantation House, the home of the governor of St Helena.

Following the death of Harriet, a 175-year-old giant Galapagos Land tortoise, in 2005 in Australia, Jonathan has been recognized as the world’s oldest living land animal.

He wasn’t given his name until the 1930s by Governor Sir Spencer Davis.

In his time on St Helena, he has seen 28 British Governors come and go; eight British monarchs from George IV to Elizabeth II have been crowned during his lifetime; and 51 British Prime Ministers have served at 10 Downing Street.

Wow! This is great right? Today we are featuring Jonathan the giant tortoise an animal Legend: that sounds wacky right… Lol! 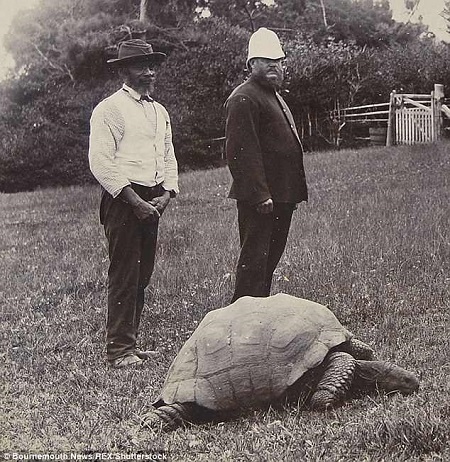 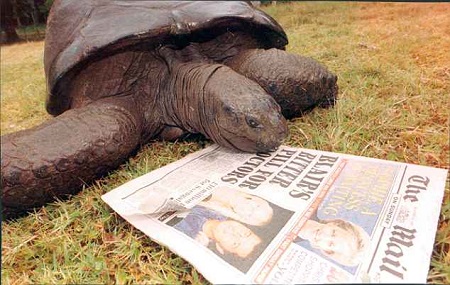