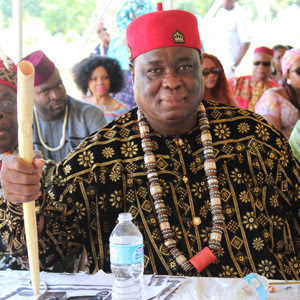 As a popular Igbo adage goes
thus: “Onye ana ekwu maka ya nwere ihe O
na-eme” (he who people always talk about has something extraordinary he is
doing). Chief Dr. Nwachukwu Anakwenze (MD, MPH, MBA) is an extraordinary Legend
and no wonder people talk good about him. Let us have a review of his life
histories, challenges, and achievements.
Life And Tides Of Legends (Maiden Edition): Chief Dr. Nwachukwu Anthony Anakwenze (MD, MPH, MBA), Traditional Prime Minister of Abagana (Ono-Owu Abagana), The Sole Sponsor of The One-Million-Naira ‘Ike-Ndi-Igbo Football Tournament’ In Abagana Town, Anambra State Nigeria (Life History, Challenges, And Achievements).
In this edition of the online
program “Life And Tides Of Legends”
(Maiden Edition) on this platform (TRENDSOFLEGENDS BLOG), I am going to unveil
in details life history, challenges, and achievements of Chief Dr. Nwachukwu
Anthony Anakwenze (MD, MPH, MBA).
Disclaimer: Please,
kindly note that every bit of information provided in this documentary is
subject to censorship and correction.
Chief Dr. Nwachukwu A. Anakwenze
(MD, MPH, MBA), Representative of CISA at Frontier Village Board of Trustee
–Virginia, USA. He is a
Philanthropist extraordinaire and incomparable. He is community service
“personified”.
Although I personally have not
directly benefited from his philanthropic services, but I have witnessed and
seen those who have benefited from his magnanimity and various philanthropic
services both within and outside Abagana Town. Anyway, one day I may have the
opportunity to benefit from his philanthropy.
You will definitely discover
more about this dignified Personality that God has used to bless not only the
good people of Abagana Town, but the entire Igbo people and the world at large.
Chief Dr. Nwachukwu A. Anakwenze
(MD, MPH, MBA) hails from the great town of Abagana, the headquarters of
Njikoka Local Government Area of Anambra State, South-East of Nigeria. He is
happily married and God blessed his married life with wonderful children.
I might not be able to give
more precise details about his family background in this documentary; but I
will surely update this publication as soon as I am able to get more
information about his family and childhood life.
Let us not forget that Abagana
was the place where Biafran army (in March 31, 1968) won their
biggest battle by ambushing and destroying a 96-vehicle column of Nigerian
soldiers with locally hand-made bomb called “Ogbunigwe” or “bucket bomb”.
The humiliating Abagana defeat
to Nigerian soldiers prompted General Yakubu Gowon to remove
Col. Murtala Mohammed as the General Commanding Officer of the
Onitsha sector. That’s by the way, let us not deviate; let us maintain our
focus on the Personality we are talking about in this documentary.
A publication on
www.cisandiigbo.com has revealed that Chief Dr. Nwachukwu A. Anakwenze has no
apology for his love of Igbo and Igboism. His imprints behind the scene are as
impressive as his work on the frontline.
Below are some of his imprints
on the frontline as published on www.cisandiigbo.com
Ø Chairman
of Anambra State Association Worldwide
Ø Ex-Council
of Igbo State Americas (CISA) National President
Ø Chairman
of Igbo World Assembly (IWA)
Ø Chairman
Ohanaeze Diaspora Committee
Ø Current
Representative of Ndi Anambra in CISA
Ø Chairman
of Council of Igbo State Americas (CISA) Board of Presidents
I must say, and you will
definitely accede with me that his love for the Igbos is not something that is “externally influenced”, but is stored
right within his genetic make-ups. “Mmasi
Chief Dr. Nwachukwu A. Anakwenze nwelu n’ebe Ndi Igbo no di ya n’obara”. 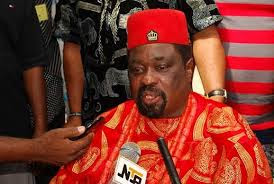 Another online publication has it
that Chief Dr. Nwachukwu A. Anakwenze is a General Practice Specialist in
Inglewood, California. The same publication has it that he graduated with
honors from University Of California, San Diego School Of Medicine in 1982.
He (Chief Dr. Nwachukwu A.
Anakwenze) single-handedly sponsored a Footfall Tournament in Abagana tagged “Ike Ndi Igbo
Football Tournament” with the whopping sum of One Million Naira (N1
million). The amount was not actually what got my attention as a son and
indigene of the town and as a Football aficionado, but the purpose of the
Football Tournament.
The tournament was aimed at
uniting the entire nine (9) villages in Abagana, which surely paved way for
peace and unity among the good people of Abagana. The first edition of the tournament
was witnessed in the year 2016 (played around November/December).
He was the one who sponsored
both the shirts won by the nine (9) teams who played the Football Tournament,
each team representing each of the nine (9) villages in Abagana. He also offset
bills pertaining to every other aspect of the tournament. The name given to the
football tournament (Ike Ndi Igbo) is also a proof of his love for Igbo and
Igboism.
That was my first time of
hearing the name “Chief Dr. Nwachukwu Anthony Anakwenze” in my entire lifetime.
As if that was not enough, he also sponsored the same football tournament (Ike Ndi Igbo
Football Tournament) for the second time (second edition) in the
year 2017 with same whopping sum of one million Naira for the first position. 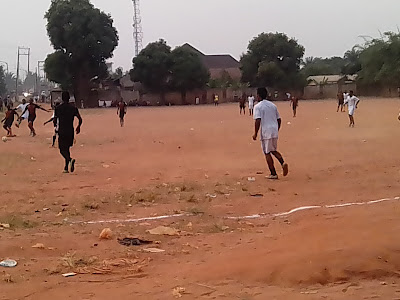 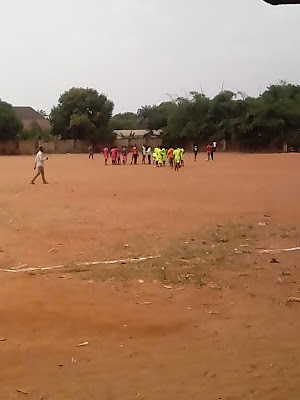 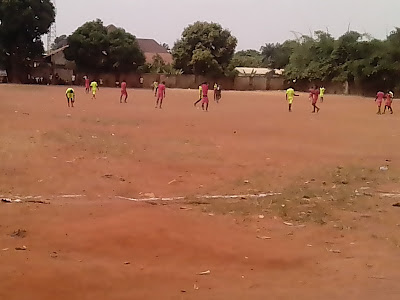 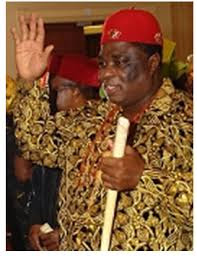 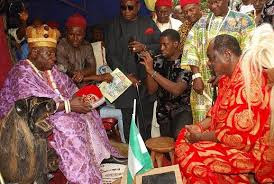 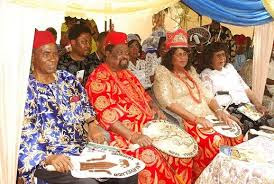 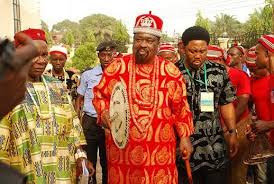 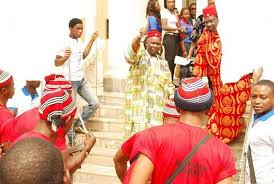 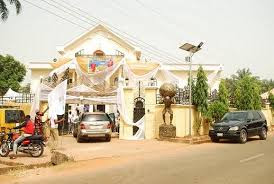 He is the right person for the
position and if given the full support by the good people of Abagana, he is
going to help in uniting Abagana Community for good of all. He is not just an
elderly person, but an educated man, who has gone far and wide, and has an
immense love and interest in affairs of the Igbos and community building.
People may have said or written
something ill of his reputation, but I am sure that his good works surely will
overshadow anything bad people might have written or said about him. Truly,
from his records so far, Chief Dr. Nwachukwu Anthony Anakwenze is one of the
powers of Ndi Igbo (Ike Ndi Igbo).
I am still hungry to add more
information about the life and tides of Chief Dr. Nwachukwu Anthony Anakwenze,
the current Traditional Prime Minister of Abagana (Ono-Owu Abagana); and I look
forward to having a one-on-one interview with him in no distant time from which
I am going to extract more information about his life history, challenges, and
achievements.
I, Chinonso Emmanuel Asiegbu
(popularly known as NDJP and/or The Inspirational Parrot) has written this
article out of the immense love I have for Legends (men of values who have made
great and positive impacts in society), and my interest to unveil trends of
legends.
Charity they say begins at
home; hence I am happy that I have started this program of mine with someone
from my own town. Note that starting up this program with a Legend I know
should not be taken as an act of favouritism as nobody sponsored this
particular edition of the program.
With time, I am going to extend
this program by writing about other Legends from other places (within and
outside Igbo Land, Nigeria and Africa) in subsequent editions. Stay tuned,
subscribed to this blog, so as not to miss any of the editions of this program.
In case you have anyone who you
believe has made positive impacts in his/her society and is worthy to be made
known to the world through this wonderful platform; you can forward a mail
(informing us about hin/her) to any of the following email addresses below:
Ø [email protected]
Ø [email protected]
You can also call the following
number on 08037834016, or you can
connect with us on Facebook through our Official Facebook Page.
We also accept and publish
sponsored articles/documentaries (terms and conditions applied), CLICK HERE TO CONTACT US NOW…
Facebook Comments