Enjoy today’s quote as you read more, get yourself inspired and motivated today. Today’s quote is from HENRY FORD I hope you won’t love to miss it…

DISCOVER HOW TO MAKE MONEY ONLINE

Everyday of your life deserves enough inspiration and motivation to make it successful and worth living; hence the need to make sure that you are always part of this daily program on this blog.

QUOTE OF THE DAY:

“Anyone who stops learning is old, whether at twenty or eighty. Anyone who keeps learning stays young. The greatest thing in life is to keep your mind young.“ –Henry Ford

Henry Ford was an American captain of industry and a business magnate, the founder of the Ford Motor Company, and the sponsor of the development of the assembly line technique of mass production (Wikipedia).

He was born on 30th of July, 1863, in Greenfield Township, Michigan. Legend Henry Ford died on 7th of April, 1947, in Fair Lane, Dearborn, Michigan, United States.

Additional Information:
Henry Ford was one of eight children of William and Mary Ford. He was born on the family farm near Dearborn, Michigan, then a town eight miles west of Detroit (Britannica.com).
He had his education at Bryant and Stratton College and Detroit Business Institute.
According to wikipedia.org, Henry Ford is the sixth-wealthiest figure of the modern period (net worth of $188–199 billion).
Henry Ford (July 30, 1863 to April 7, 1947) was an American automobile manufacturer who created the Ford Model T car in 1908 and went on to develop the assembly line mode of production, which revolutionized the industry. As a result, Ford sold millions of cars and became a world-famous company head (biography.com).
On October 1, 1908, the first production Model T Ford is completed at the company’s Piquette Avenue plant in Detroit. Between 1908 and 1927, Ford would build some 15 million Model T cars. It was the longest production run of any automobile model in history until the Volkswagen Beetle surpassed it in 1972 (history.com).
He didn’t invent the auto-mobile, but Henry Ford pretty much invented the modern world, transforming transportation and bringing manufacturing and society along for the ride. As Lee Iacocca, who began his auto career at Ford in the 1940s, wrote in Time, “The boss was a genius. He was an eccentric. He was no prince in his social attitudes and his politics. But Henry Ford’s impact in history is almost unbelievable”; (time.com).
Trending Now :  Acceptable/Recommended Activities For Father's Day Celebration This Year

Among his books are: My Life and Work (1922); The International Jew: Hen Ford (1920); Today and Tomorrow (1926); etc.
Our interest in the lives of Legends is immeasurable; we so much love to unveil their life history, challenges, achievements, and impacts.
Nobody is born not to become a legend; you too can be a legend in your own area of specialization. Discover your dream, know who you truly are, and live out the potentials in you. 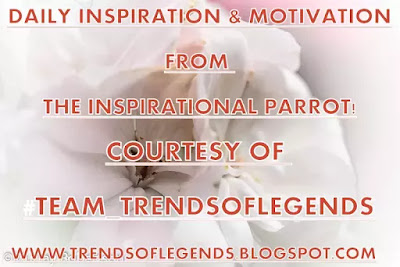 THANKS FOR VISITING TODAY.
PLEASE CHECK BACK AGAIN FOR MORE QUOTES. YOU WILL DEFINITELY LEARN A LOT FROM THIS PARTICULAR PROGRAM, BECAUSE YOU WILL DISCOVER LOTS OF LEGENDS AND LEARN FROM THEIR VARIOUS PHILOSOPHIES, WORDS OF ADVICE, AND QUOTES.

BEFORE THEN, FEEL FREE TO ENJOY OTHER INTERESTING POSTS ON THIS BLOG BY CLICKING ON ANY OF THE CATEGORIES BELOW:

About @TrendsOfLegndsTeam 14804 Articles
We inspire people with whatever we are destined to do in life. We're on twitter: @MusicParrot1 & on Facebook: @TrendsoflegendsBlog