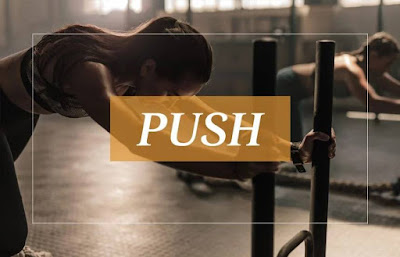 This is an inspiring true-life
story of Michael Jordan Segal on how he survived severe Traumatic Brain Injury
(TBI) at the age of 19 after he was shot in the head during a robbery and the
lessons life had thought him while he was passing through the pains of the
injury. I am pretty sure that you will learn a lot from this story; do not miss
it.
Excerpt: “…I ‘hated’ that statement
as I wanted to take the ‘easy way out’. (My feelings of ‘hate’ were very
similar to those I had for Dr. Gol on that eventful afternoon in the hospital).
However, I have since learned that the “easy way” is quite often the “wrong way”;
sometimes everyone needs a ‘push’.”
Below come the full details of the story:

“How are you feeling?” asked my friendly neurosurgeon (Dr. Alex Gol) as I lay
in my hospital bed in the rehab hospital at 3:30 P.M. after a torturous day in
therapy. I could not yet utter a single word after sustaining a severe
traumatic brain injury (TBI) at the age of 19. So I nodded as if to say, “OK.”
Dr. Gol then calmly replied, “That’s nice,” and quickly left the room with a
smile.
As he was leaving I thought to
myself, “Dr. Gol…so nice…so calm…so peaceful.” I tried to reposition myself in
my bed as the door closed behind him in order to get more comfortable, but something
was not “right” in the hospital hallway as I heard a great commotion coming
from there. (True, I could not yet speak; however, nothing was wrong with my
hearing and there was plenty of screaming coming from the hall.) I wondered,
“What was the problem?”
I soon found out the cause of
the chaos: it was sweet, serene and calm Dr. Gol who was causing it.
As soon as he left my room he
erupted: “WHO’S THE NURSE TAKING CARE OF MIKE? WHAT’S HE DOING IN BED SO EARLY?
HE’S A 19-YEAR-OLD VICTIM OF TBI, NOT A 95-YEAR-OLD STROKE VICTIM! GET HIM OUT
OF THAT BED, AND I DON’T WANT HIM BACK IN BED UNTIL HE GOES TO SLEEP!”
The nurses had never seen Dr.
Gol act like that. In fact, they had never heard him raise his voice. They
quickly got me out of bed and put me in my wheelchair until 9 PM.
I was miserable. I wanted to
get back into my comfortable bed–well, it was not so comfortable but it was
much less uncomfortable than my wheelchair or any other kind of chair, for that
matter.
As I said, after therapy was
over at 3 PM I wanted to get straight back in bed; however, throughout the
following weeks and months the nurses did not want to face “the wrath of Dr.
Gol”. Therefore, after therapy, I remained in my wheelchair in my room until I
went to sleep. Being in the wheelchair for so long was agonizing!
I hated Dr. Gol after that
eventful day when he asked me that seemingly simple question while I was trying
to relax in bed. However, years later I loved him as I realized Dr. Gol was
only doing what was in my best interest.
When I returned to college
after being out for so long, my professors, after learning what had happened to
me and realizing that I could no longer read as quickly as before I was hurt,
were more than happy to say, “Mike, it’s ok. Just read what you can and we’ll
test you on that material”.
However, one professor did not
say that. Dr. Sheldon Ekland-Olson, a sociology professor, said, “Mike, I
understand you have difficulty reading. I’ve had many students with many visual
problems. For those students, I refer them to “Recording for the Blind”. They
have access to many textbooks on cassettes. Here’s the phone number…”
I “hated” that statement as I wanted
to take the “easy way out”. (My feelings of “hate” were very similar to those I
had for Dr. Gol on that eventful afternoon in the hospital). However, I have
since learned that the “easy way” is quite often the “wrong way”.
Sometimes everyone needs a
“push”. Even I, recently, had to be reminded to push myself as I had gotten
“lazy” at the gym. However, a “stranger” reminded me to use my right hand. Even
though it was difficult, I thanked him for the reminder.
I have learned that the
difficult things in life are often the sweet things in life. One cannot experience
“beauty” without experiencing “bitterness”. Remember, “Push” yourself to “get
through the thorns of the rose bush, to experience the beautiful flower of the
rose”.
Every time I think of some
difficult things in life, I close my eyes, see Dr. Gol, and smile.
Shot in the head during a
robbery, Michael Jordan Segal defied all odds by first surviving and then
returning to college. He then earned two degrees with honors, married his high
school sweetheart, Sharon, an inspiration.
He doesn’t want to be perceived
as handicapped, disabled, limited or as a hero. A triumphant survivor of
tragedy perhaps. Most importantly, he wants to be known as an individual who is
concerned with home, families, and children. Mike wishes to be known
as one dedicated to community, education and independence for all people. He is
active in creating positive social change. The humility of Michael Segal
personifies a desire to achieve success without accolades or pity.
Michael Segal inspires everyone
he meets to believe that lives can be changed and goals can be accomplished through
hard work and positive thinking. His noteworthy accomplishments have been
featured on national television, in newspapers, and magazine articles.
Facebook Comments