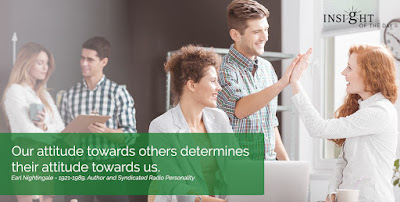 It is the desire of everyone
who is working on something (be it good or bad) to achieve success at the end.
Success seems to be the end product of everything man does on earth; so I have
specially compiled these thirty (30) inspirational quotes on success from
thirty (30) different world successful legends. Check them out.
You May Also Like This: Twenty-Five (25) Motivational Quotes On Success: They Will Definitely Help You To Increase Your Own Chances of Making Success (Enjoy Them)
I am hopeful that after reading
all of these thirty quotes on success, you will have picked up one or two or
more lessons that will help you in achieving your own success in your own life endeavours.
Let me allow you to feel the
power of written words from great men and women who have lived life of legends.
1. Success is not final; failure is not fatal: It
is the courage to continue that counts. –Winston S. Churchill
2. It is better to fail in originality than to succeed
in imitation. –Herman Melville
3. The road to success and the road to failure are
almost exactly the same. –Colin R. Davis
4. Success usually comes to those who are too busy to
be looking for it. –Henry David Thoreau
5. Opportunities don’t happen. You create them. –Chris
Grosser
6. Don’t be afraid to give up the good to go for the
great. –John D. Rockefeller
7. I find that the harder I work, the more luck I seem
to have. –Thomas Jefferson
8. There are two types of people who will tell you that
you cannot make a difference in this world: those who are afraid to try and
those who are afraid you will succeed. –Ray Goforth
9. Successful people do what unsuccessful people are
not willing to do. Don’t wish it were easier; wish you were better. –Jim Rohn
10. Try not to become a man of success. Rather become a
man of value. –Albert Einstein
You May Also Like This: LIFE-CHANGING PIECES OF ADVICE YOU MUST NOT FAIL TO READ TODAY; THEY ARE REALLY HELPFUL: TWENTY (20) OF THEM!
11. Never give in except to convictions of honor and
good sense. –Winston Churchill
12. Stop chasing the money and start chasing the
passion. –Tony Hsieh
13. Success is walking from failure to failure with no
loss of enthusiasm. –Winston Churchill
14. I owe my success to having listened respectfully to
the very best advice, and then going away and doing the exact opposite. –G. K.
Chesterton
15. Would you like me to give you a formula for
success? It’s quite simple, really: Double your rate of failure. You are
thinking of failure as the enemy of success. But it isn’t at all. You can be
discouraged by failure or you can learn from it, so go ahead and make mistakes.
Make all you can. Because remember that’s where you will find success. –Thomas
J. Watson
16. If you are not willing to risk the usual, you will
have to settle for the ordinary. –Jim Rohn
17. The ones who are crazy enough to think they can
change the world are the ones that do. –Anonymous
18. Do one thing every day that scares you. –Anonymous
19. All progress takes place outside the comfort zone.
–Michael John Bobak
20. People who succeed have momentum. The more they
succeed, the more they want to succeed, and the more they find a way to
succeed. Similarly, when someone is failing, the tendency is to get on a
downward spiral that can even become a self-fulfilling prophecy. –Tony Robbins
You May Also Like This: Lessons
From Legends And Achievers: Fifty (50) Inspiring Quotes From Henry
Ford, Famous American Industrialist And Founder Of Ford Motors (Don’t
Miss These Lessons)
21. Don’t let the fear of losing be greater than the
excitement of winning. –Robert Kiyosaki
22. If you really look closely, most overnight
successes took a long time. –Steve Jobs
23. The real test is not whether you avoid this
failure, because you won’t. It’s whether you let it harden or shame you into
inaction, or whether you learn from it; whether you choose to persevere. –Barack
Obama
24. The only limit to our realization of tomorrow will
be our doubts of today. –Franklin D. Roosevelt
25. Character cannot be developed in ease and quiet.
Only through experience of trial and suffering can the soul be strengthened,
ambition inspired, and success achieved. –Helen Keller
26. The way to get started is to quit talking and begin
doing. –Walt Disney
27. The successful warrior is the average man, with
laser-like focus. –Bruce Lee
28. There are no secrets to success. It is the result
of preparation, hard work, and learning from failure. –Colin Powell
29. Success seems to be connected with action.
Successful people keep moving. They make mistakes, but they don’t quit. –Conrad
Hilton
30. If you really want to do something, you’ll find a
way. If you don’t, you’ll find an excuse. –Jim Rohn
You May Also Like This: Ten (10) Wisdom Quotes From Henry Ford You Should Not Afford To Miss
Wow! Congratulations! Now you
have moved some steps further to achieving your own success. I am pretty sure
that you have picked up some lessons from these thirty quotes on success.
IN CASE YOU WISH TO READ MORE QUOTES ON THIS BLOG, KINDLY CLICK HERE!
Drop your comments and do share
with others.
Facebook Comments