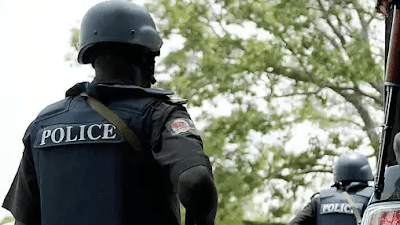 Reports have it that a cook has allegedly murdered his boss, an Ondo high Chied last Wednesday in Lagos State; and have been arrested by the men of the Nigerian police in the State. See details.

According to news, the Police in Ondo State have confirmed the arrest of the alleged killer of an Ondo high chief, Ope Bademosi, who was stabbed to death on Wednesday by his cook at his residence in Lagos.

It is reported that the suspect, one Sunday Anani, reportedly stabbed Mr. Bademosi, the chairman of Credit Switch Technology, a Nigerian tech company, several times with a knife, before making away with his valuables.

The incident was said to have occurred three days after Mr Anani was employed as a cook at No.3A Onikoyi Lane residence, Parkview estate, Ikoyi, Lagos, .

The Police immediately declared him wanted, alerting the public on the incident.

The Police Public Relations Officer (PPRO) for the Ondo State command, Femi Joseph, told PREMIUM TIMES on Friday that the suspect was arrested at the Ayeyemi area of Ondo Town in the State.

“You know we have been on the trail of the suspect once he was declared wanted”; Mr Joseph explained.

“We got information that he was hibernating somewhere in Ondo Town at the Ayeyemi area and the DPO Fagun Police Division led by SP Olajide Samuel, led his men to the place and picked him up.”

He said the suspect has been transferred to the Lagos Police Command for further investigation, given that the crime was committed there.

The suspect, who is believed to be a citizen of the Republic of Benin, was brought to the Police Headquarters in Akure, the Ondo State capital, where he was shown to journalists before he was transferred to Lagos.

The suspect was arrested along with two other suspects in connection to the crime.

Mr. Joseph said the phone of the deceased was found on the suspect when he was arrested.

This is really a sad news, and kudos to the Nigerian Police Force (NPF) for making sure that the suspect was nabbed asap.

We also advise people to be very careful when they employed people, most especially those who will be working in or around their homes.

If you are not at risk, your family members or even your neighbours may be.