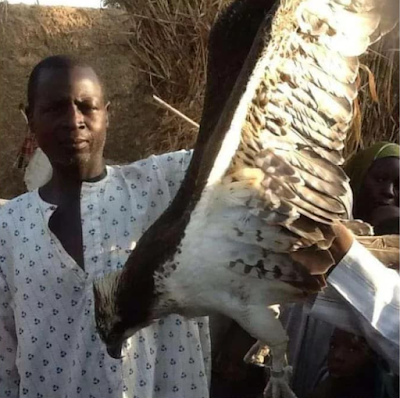 A rare bird which is believed to be owned by the University of Helsinki, Finland, was caught in Jigawa State, Nigeria. See proof, photos, and details.

Reports has it that a bird known as the “Western Osprey” (Pandion Haliaetus), a rare creature in Nigeria, was caught on Thursday, October 25th, at Malam Madori, Jigawa State.

According those who caught the bird, a ring bearing some information was spotted on one of its legs. It stated that it was owned by the University of Helsinki, Finland. 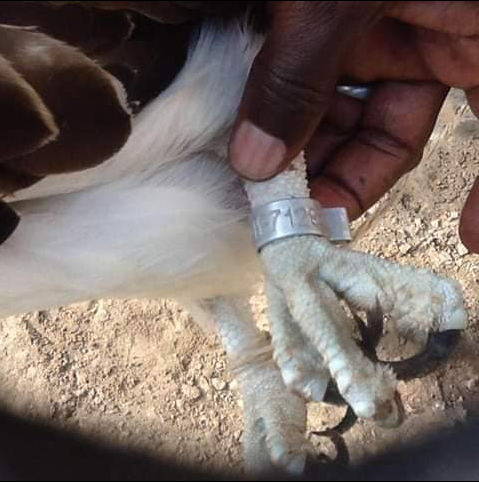 The bird was eventually released to fly away at the Baturiya Wetland Reserve in Jigawa.

Below is what a Graduate of Zoology, Abubakar S. Ringim, wrote on Facebook:

Osprey Pandion halietus caught on 25/10/2018 at Malam Madori, Jigawa. The bird came from University of Helsinki, Finland. Available records from the University revealed that the bird was ringed 106 days prior to its caught in Jigawa, and covered 5808 kilometers during it’s migration to winter in Africa, in particular, Nigeria. The bird were celebrated and successfully released today at the Baturiya Wetland Reserve in Jigawa. 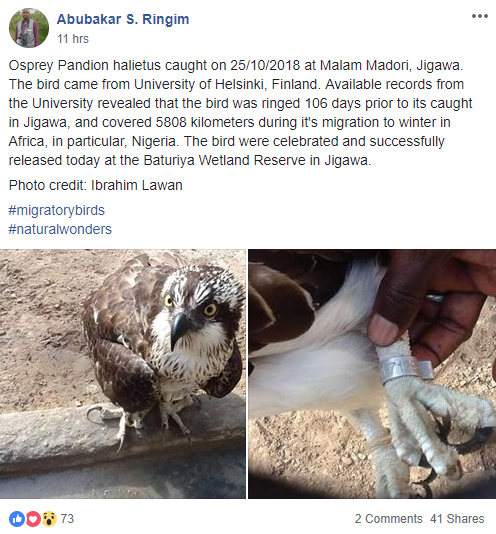