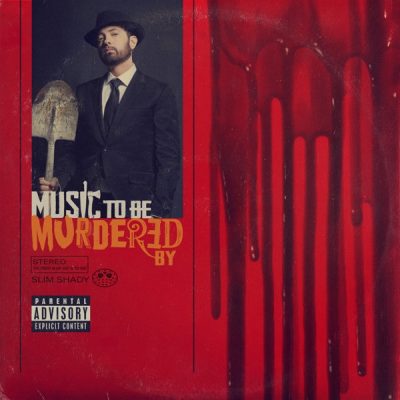 Highlights of this Publication:

In this article, we will briefly analyze the 2020 Hip-Hop/Rap project under certain categories such as the number of guest or featured artists, how many tracks it contains, full tracklist, the release date, duration, genre and many more.

There are speculations that the renowned American rapper, songwriter, and record producer, Marshall Bruce Mathers III might be releasing the Deluxe edition of his 2020 album released earlier in the first quarter of the year.

Brief Description of the Artiste, Eminem:

Among his popular TV Shows and movies are 8 Mile, The Defiant Ones, Eminem: E, The Slim Shady Show, Something from Nothing: The Art of Rap, Pauly Shore Is Dead; SEE MORE. Eminem is said to worth US$230 million according to 2019 assessment. He has been active since in the music industry since 1988 till date. Other names include: Slim Shady, Double M, M&M. (Learn More About Eminem Here)

Brief Description of the Album:

Music To Be Murdered By is a 2020 studio music album released by American rapper Eminem in the first month of the year; released under A Shady/Aftermath/Interscope Records Release; ℗ 2020 Marshall B. Mathers III. The number 1 track “Premonition” and number 20 track “Alfred” are intro and outro respectively, while number 4 track also titled “Alfred” is interlude. Nine tracks out of the 20 tracks have guest artistes.

The genre of the album is Hip-Hop/Rap as shown on Apple Music.

Trending Now :  "Music To Be Murdered By" Album (Side B) (Deluxe Edition) By Eminem

The project has guest appearances from thirteen (13) music artistes on nine (9) tracks out of 20 tracks. They are as follows:

Get Full & Clean Copy of the Album Here