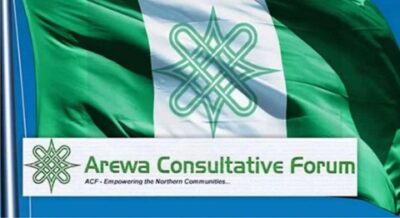 Those pushing for Buhari’s resignation and an interim administration, according to AYCF National President Yerima Shettima, do not have Nigeria’s best interests at heart.

The Northern Elders Forum, or NEF, had previously called for Buhari’s resignation due to his inability to address killings, kidnappings, and insecurity in the North and across the country.

Afe Babalola, a legal scholar, has also suggested that, rather than conducting elections in 2023, an interim administration be constituted to take Nigeria in a new path.

Speaking with DAILY POST, Shettima said: “The time to call for the President to resign is over because we have less than one year before the elections begin, we are already at the peak of campaigns. So anybody talking about an interim government or that the President should resign does not mean well for the country at this critical period.

“Those are calls that should have happened long before now and not when the president is approaching the end of his tenure. All we need to do now is to use the little opportunity we have to maintain our democracy and ensure that we avoid any unnecessary panic or give room to the enemies of this country to strike us.

Trending Now :  Lady Narrates How Ex Boyfriend Sent Her Nudes To Her Husband

“This critical period is a time for us to reflect and start thinking of those we fill can come on board to do something better than what is obtainable in the p[resent situation of things.

“That is what I expect elders and senior people to start thinking and not to overheat the polity in the name of critics, just like Afe Babalola was saying, I do not expect an icon of law like him and with the level of his knowledge to start thinking of an interim government. I think age is really catching up on him and would not blame him much.

“An interim government will take us backward and does not help our democracy and what he is calling for; even as a layman, I know is not in the constitution. Is he asking for a coup or what? So how does he want to come about an interim government that is not in the constitution? We are not in a military dictatorship, so how can he arrive at that? But you know, this is why we have problems with aged people. As they get older they lose sanity and start thinking differently from the reality on the ground.”

There is nothing wrong in calling for the resignation of a non-performing leader. What the Northern elders have seen sitting, the Arewa Youth cannot see from the top of Mount Everest.