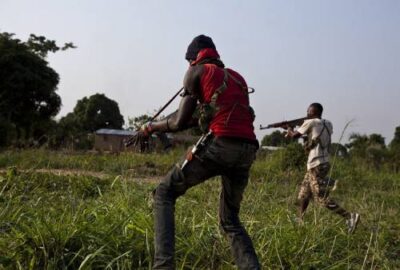 He was kidnapped in Lokoja at his residence, behind Post Flood Housing Estate, Lokoja at about 8 pm on Monday.

The hoodlums gained entrance to his apartment after they destroyed his doors and windows.

The Naval staff was to depart for his station this morning before the unfortunate incident.

An hour after the kidnap, the kidnappers had called, demanding for 3 million naira.

The wife of the kidnapped naval staff, Mrs Lawal, who narrated her ordeal, said one of the husband’s hands was cut and that he was taken away while bleeding.