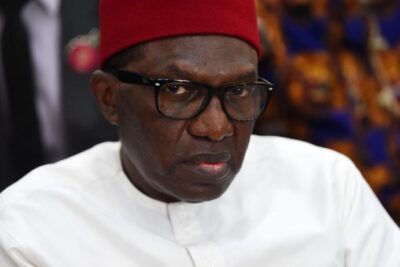 On Tuesday, a five-member panel of the court issued a judgment nullifying his election participation.

According to the judgment, the APC violated its primary election criteria, failing to hold a proper primary from which Uba emerged as the party’s candidate in the Anambra governorship race.

The Supreme Court maintained the Court of Appeal’s decision of February 23, 2022, which upheld Justice Inyang Ekwo of the Federal High Court of Abuja’s decision of December 20, 2021.

Justice Ekwo held, among other things, that Uba was never a candidate in the election held on November 6, 2021, having emerged from an APC primary poll that was improperly organized.

In the case marked: FHC/ABJ/CS/648/201, George Moghalu (an APC election candidate) succeeded in showing that the APC did not have a lawful primary election from which Uba claimed to have emerged as the party’s nominee, according to Justice Ekwo.

The oppositions in Anambra should join hands with the latest governor of the state to build the state instead of involving in endless litigation.