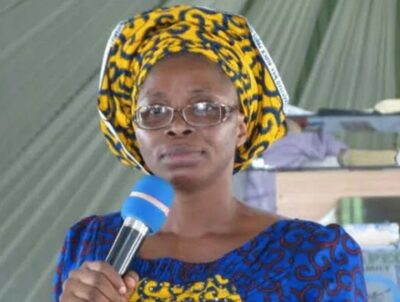 BBNaija is Demonic, Christians Who Watch The Show Are Bastards – Mummy GO

According to the evangelist, any Christian who watches BBNaija is “a bastard”.

Recall that in the past, many people kicked against the show, saying it is “anti-Christ and promotes immorality.”

Adding her own voice to the drama, Mummy GO claimed the show’s logo is “demonic”.

‘This is the logo of Big Brother Nigeria (BBNaija). For a child of God to be watching this demonic programme, you’re nothing but a bastard,” she said.

“And you’re not only the bastard, your pastor is also a bastard… because this logo is represents eyes of Orion, which one of the archangels that fell fighting God…anti-God.”

It remains to the seen if the viral video is a recent one or one of her old messages.