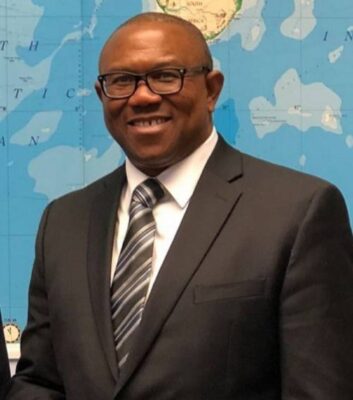 I Prefer Younger Running Mate – Peter Obi: Peter Obi, the Presidential candidate of the Labour Party, has spoken on the kind of running mate he wants.

Obi, on Wednesday, said he preferred a younger person as vice-presidential candidate.

He added that he prefers a younger person who has something to offer to complement his ticket rather than recycling old hands who had been in the government before now.

When asked to clarify social media rumours that he had picked the Director of Publicity and Advocacy of Northern Elders Forum, Dr. Baba-Ahmed, as his vice-presidential candidate, Obi noted that though consultations are ongoing, he was yet to pick a running mate.

Trending Now :  I Prefer To Show Love Than To M$ke Love – Rema

He said, “We’re talking to a quite number of people and Hakeem Baba-Ahmed is a capable hand. But I wish I can work with somebody who is more younger.

“I prefer younger people who have a lot to offer rather than recycling old hands. I want a competent person and I am building a formidable team.

“I want people who can look me in the eye and disagree with me during cabinet meetings. People who have their own minds and ideas.