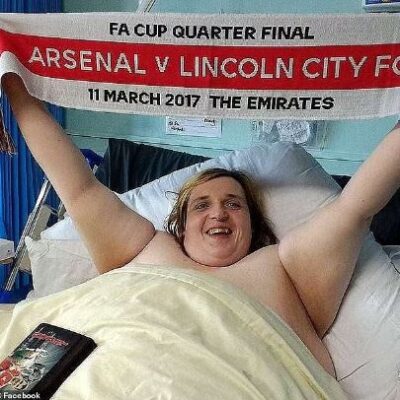 Britain’s Fattest Man Who Weighed Over 349kg Dies At 37

Britain’s Fattest Man Who Weighed Over 349kg Dies At 37: Matthew Crawford, a man believed to be the fattest in Britain passed on at the age of 37.

Crawford, who weighed 55 stone at his heaviest, hit headlines in recent years when he took up an entire bay on a ward and four hospital beds for 18 months because he was too obese to move.

There was also uproar in 2018 when it was revealed that his care at King’s Mill Hospital was costing the NHS up to £7,000 a week.

It was claimed he habitually used his benefits to order pizzas and Chinese takeaways to be eaten in hospital – something he denied.

For much of that time he had been declared medically fit to leave, but was unable to be discharged due to a lack of appropriate social care being available.

An NHS source at the time told The Mirror: ­”Everybody is sick to the back teeth with the situation and it’s about time it was exposed.

“There’s nothing medically wrong with Matt now but we’re powerless to get rid of him.

Trending Now :  Justin Bieber ​Reveals That Half Of His Face Is Paralyzed

“There’s space for four people who need to be on the ward being taken up by one bloke who doesn’t.”

A year later he was finally moved into a specially-adapted care facility in December 2019.

A friend said Matthew had joined Slimming World in a bid to shed the weight for good.

But it has now emerged the 37-year-old Rangers and Lincoln City fan died last week from sepsis and organ failure.

Friends have paid tributes to him online as a “great lad” who is “with his father now”.

Nicknamed “Fatkid”. his friends reminisced about their time with Mr Crawford in years gone by, with one writing: “Sad news I’ve not seen him in years. Quite a lot younger than us If I remember rightly. RIP.”

Another wrote: “I’m actually in shock rest in peace matt now your with your dad causing havoc up there just like you use to do. Guna [sic] miss you buddy.”

A third friend said:”Sorry to hear this sad news Matt was a great lad.” 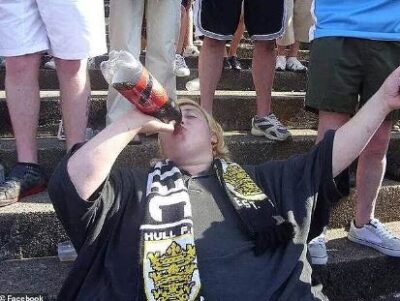 About Tori News Updates & Latest Gist 2022 3433 Articles
I am the GODCHILD. A High-Intelligent Brain Design of Utmost Love and Crazy Ideas . CLICK HERE TO SEE AUTHOR'S UPDATES SO FAR.