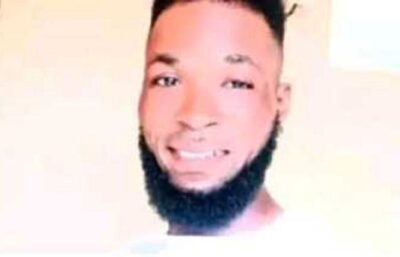 Cleric In Kogi Remanded Over Bricklayer’s Disappearance: The Kogi State Police Command has charged an Islamic cleric, Olaitan Apelu, with the kidnapping of a 36-year-old bricklayer, Samond Ogunrinde.

Ogunrinde had reportedly left his home in Ekiti State to seek divination from an alfa in Iyara, Kogi State’s Ijumu Local Government Area.

PUNCH Metro learnt that the bricklayer, an indigene of Iwoye-Ketu, Ogun State, lived in Ekiti State with his wife and two children.

Muideen, the victim’s older brother, claimed the victim told family members of his arrival at the alfa’s residence on March 25 and promised to return to his post the next day.

The family was taken aback when the bricklayer could not be reached on the phone for hours, which turned into days and weeks, he added.

“When we contacted alfa to ask about our brother’s whereabouts, we were surprised to hear him say that our brother did not come to his house. The matter was immediately reported to the police at the Iyara police divisional headquarters,” the elder brother added.

Muideen claimed that when the cops attacked the alfa’s house, he bolted because his father had been arrested.

According to the victim’s brother, operatives later apprehended Apelu and discovered the victim’s phone in his hands.

In a WhatsApp conversation with our correspondent, state police spokesman William Aya claimed the investigation was complete and the subject had been charged in court.

“The suspect has been lodged in the Kabba detention center,” Aya confirmed.

This is very unfortunate news. We hope that the judicial system will serve justice in this matter without fear or favor.

Trending Now :  There Is Nothing Wrong With A Muslim-Muslim Ticket – Reno Omokri
About Tori News Updates & Latest Gist 2022 3137 Articles
I am the GODCHILD. A High-Intelligent Brain Design of Utmost Love and Crazy Ideas . CLICK HERE TO SEE AUTHOR'S UPDATES SO FAR.