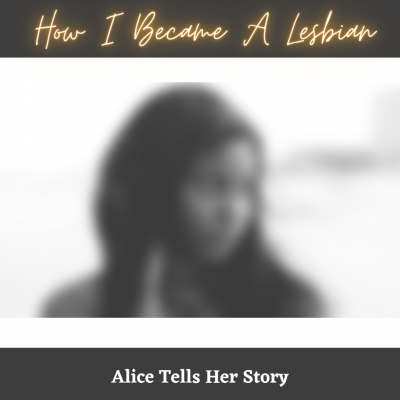 How I Became A Lesbian Alice Tells Her Story Episode 4

How I Became A Lesbian Episode 4: A promising young lady named Alice tells a story of how she became a lesbian, and what led to her becoming attracted to someone of same gender. It’s Story Of A Lesbian whose name is Alice.

Below comes the Episode 4 of this story of how Alice became a lesbian. Enjoy and learn good lessons from her story.

Before you continue, Read the (Episode 3) “How I Became A Lesbian”; Alice Tells Her Story to get the full story. SEE ALL OF THE ALREADY PUBLISHED EPISODES

“Okay, you sure you don’t mind,” Tony said as she looked up at Alice.

“No, I don’t mind at all,” Alice said not knowing whether she minded or not.

“I will go prepare us some dinner. Would pasta salad be okay?”

“Yes, that will be great and I will pay you back for all that you have done for me,” Tony answered.

When Alice had prepared her table she could not believe it that Tony came to the table still totally nude. They sat and ate. Alice could not help but to continue to steal glances at Tony’s breasts and she could help but notice some strange feelings that were slowly forming.

Alice and Tony settled into a very comfortable style of living. They got along very well together and even though Tony spent most of her time at home in the nude, Alice did not mind. After a few days she began to look forward to seeing Tony’s nude body stretched out on the couch.

It was on the first weekend that the next significant development occurred. This was an innocently event that had Tony walking into the bathroom just in time to see Alice’s nude body emerge from the shower. This had little effect on Tony but brought back some memories for Alice.

Trending Now :  "Letter To Dear Ladies: Your Man Is A Project" Written By Ifunanya FaithMichael Chinenye

“I’m sorry. I did not know you were in here,” Tony said as she looked directly at Alice’s body, her eyes moving down to the large patch of pubic hair covering Alice’s crotch.

“Oh, no one has seen me naked in a long time. I am so embarrassed,” Alice said as she quickly grabbed a large towel.

“Don’t be embarrassed. You have a lovely body. You don’t have to be ashamed of your body,” Tony said attempting to comfort Alice.

“Of course, you should do something about all that fur,” Tony added with a chuckle.

“What do you mean?” Alice said now recovering from the shock of being seen naked about another person.

“All that pussy hair, what’s with that?” Tony quizzed in a playful sort of way.

“I’ve just never shaved there. I shave my legs but never thought of shaving my privates,” Alice said feeling very Catholic at the moment remembering some of the things her Nuns told her.

“Not really, you think I should shave down there?” Alice asked.

“Of course you should shave. I tell you what if you want I will take care of it for you. I will get you as clean as a baby.” Tony offer with a smirk on her face.

Alice was shocked at this. Not only was she being told she should shave her crotch, Tony was volunteering to do it for her. Alice could not imagine another woman being that close to her pussy. However, Alice could not believe the feelings that were arising in her at the thought of this.

“I will have to think about it,” Alice said as she left the room.

Alice sat on her bed feeling very strange. She had not felt these type feelings since the last of her unwanted sexual dreams about her father. This time was different, she wanted… [(Episode 5) “How I Became A Lesbian”; Alice Tells Her Story]

Follow us on FACEBOOK and TWITTER for notifications on new updates. SEE ALL OF THE ALREADY AVAILABLE EPISODES & also check out OTHER UPDATES ON THIS PLATFORM.