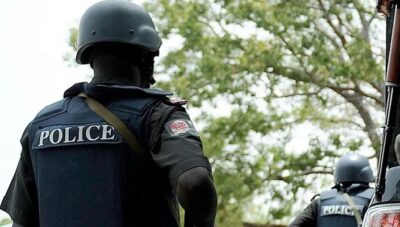 How 7 Persons Conspired To Beat Up AEDC Staff In Kogi

How 7 Persons Conspired To Beat Up AEDC Staff In Kogi: As many as seven persons have been arraigned before a Magistrate Court in Lokoja, Kogi State, for allegedly beating an employee of the Abuja Electricity Distribution Company (AEDC) while on duty.

But the seven accused persons pleaded not guilty to the allegations.

The prosecuting counsel, Mr G. O. Olowu, told the court that the defendants stormed the Lokoja Area Office of the AEDC on June 9 and attacked Mr Olanrewaju John-Femi over allegations that he stole their electrical cable.

Olowu added that the AEDC staff sustained grievous head injuries during the attack.

He also said that during the attack, the defendants destroyed cell phones, one office desktop computer, two plastic chairs, and some customers’ bills.

In his ruling, the Chief Magistrate, A.M. Mopa, admitted the seven accused to bail in the sum of N100,000 each with one surety each in like sum

He however adjourned the case to July 12th, 2022 for further hearing.