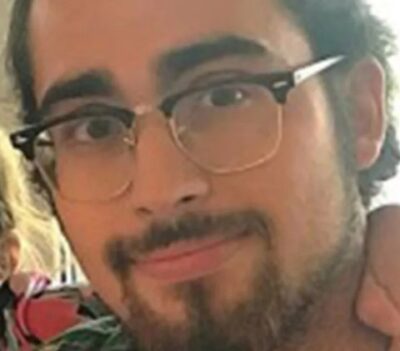 How A Snake Handler Got Strangled By His Huge Pet Boa Constrictor: A snake handler has met his death days after being strangled by his 18-foot-long pet boa constrictor.

It happened after the snake wrapped itself around his neck.

Elliot Senseman, 27, of Fogelsville, Pennsylvania, USA, was pronounced dead in an area hospital on Sunday, July 24, after suffering from what the Lehigh County Coroner’s Office deemed accidental asphyxiation that caused an anoxic brain injury.

Police were called to Senseman’s home by a family member on Wednesday afternoon, July 20.

When they arrived, they found the 27-year-old unresponsive with his 18-foot boa constrictor wrapped around his body.

The snake’s head was far enough away from the man that officers decided to shoot the animal.

“Our officers responded and shot the snake with hopes of freeing the victim,” Lt Peter Nickischer of the Upper Macungie Township Police told Lehigh Valley Live. He also said that police did not know the circumstances of how the attack occurred.

The police lieutenant said in his 19 years doing police work, he’s seen “nothing like this” and that the snake, which eventually died, was “very long, very thick.”

The creature reportedly did not die instantly and slithered away before it was euthanised.

Four days after the attack, Senseman died in hospital.

“My son was unique and kind and should still be with his family and friends,” Senseman’s mother, Heather, told Lehigh Valley Live.

She said her son often rescued snakes and that he “was still working with” the boa constrictor “because it was so aggressive couldn’t be placed yet.”

She said of her son: “He was experienced and would never handle that snake alone.

“He was only checking the enclosure and all appropriate measures were taken. Too many people get these snakes and can’t handle or take care of them. They shouldn’t be bred to be kept as pets. He wanted them to be in a habitat that was as close to their natural environments as possible since they couldn’t be put in the wild.”

A family member told The Daily Beast that Senseman began working with snakes when he was 10 and had experience handling them.

He’s been rescuing snakes for the last six years and was passionate about finding them a new home, the outlet reported.

“A lot of times the snakes were neglected or mistreated and needed medical care,” the relative told the outlet. “He would provide all of that.”

Along with the boa constrictor that killed him, Senseman had two other snakes that he had taken in at the time. In his previous home, the boa was abused and malnourished, according to The Daily Beast.