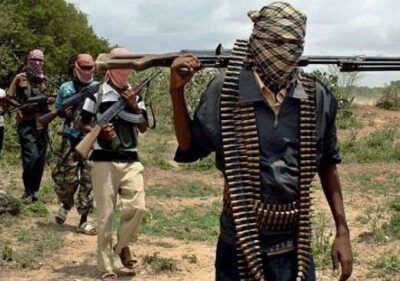 How Bandits Kidnapped Over 80 Villagers In Katsina

How Bandits Kidnapped Over 80 Villagers In Katsina: Bandits have reportedly abducted 80 persons from a village in Katsina.

According to BBC Hausa Service, many others also fled from Kwari village in Jibiya Local Government Area of Katsina because of the attack.

The bandits also set their food barns and local shops on fire.

The over 2000 villagers who were now taking refuge at a primary school in Jibiya town, said among those that were whisked away to the forest by the bandits,were children, women including pregnant ones and others.

They alleged that the authorities have not come to their aid with any assurance.

Speaking in an interview with the BBC Hausa Service monitored by Vanguard on Thursday, one of the IDPs said they were forcefully chased out of the village by the rampaging gunmen.

According to the woman, ”they came with full force at 5.30 pm and invaded us, we were not aware of their coming. They opened fire,shot sporadically and burnt down shops and our food barns”

”They kidnapped people, men and women, little children who cannot even talk.They took them to the forest.They took about 80 people to the forest. We did a head count later,we found that about 80 of our people were taken away by the bandits. They are these Bush Fulanii people; they took even pregnant women away,” she alleged .

She said they had to run away from Kwari village and moved to the Central Primary school in Jibiya town.

”We are here lying down in a humiliating manner.No even mats to lie on.We are all lying on the bare ground. “

” When the bandits left, we looked and found out that those taken away were up to 80.In some houses they took 5, 10 and took them to the forest .Even our little children.”

When asked if they have received any assistance from the Local Government, State Government or from the security agencies,she said no.

SP Gambo Isa, Spokesperson of the Katsina Police Command could not respond to inquiries by the BBC on the attack.