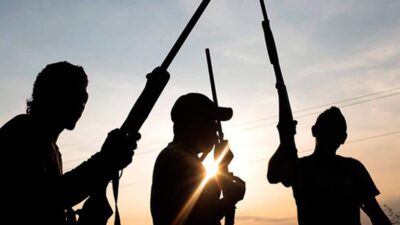 How Gunmen Shot Nigerian Lecturer Dead In Adamawa: A lecturer in Adamawa State Polytechnic, Yola, identified as Yohanna Bzegu, has been killed.

The man was in the early hours of Thursday shot dead by yet-to-be identified gunmen.

Bzegu, a lecturer with the Department of Mechanical Engineering at the Adamawa State Polytechnic, Yola, was shot in his residence, at Bajabure, behind Anglican Junior Seminary, a satellite town on the outskirts of Yola, the State capital.

According to a family source, the assailants shot the deceased on the chest and watched him die.

DAILY POST reports that his wife watched helplessly when they (assailants) broke into the house.

According to the source, the attackers gained entrance into the late lecturer’s house around 3am, adding that it is the fifth attempt by the assailants on his residence.

He explained, “They fired shots through the window; later they broke the door and shot him in the chest until they confirmed he was dead.”

Suleiman Nguroje, the spokesperson for the State Police Command, while confirming the incident, said that Sikiru Akande, the commissioner of Police, directed for immediate investigation with a view to apprehending the culprits.

He gave the order when he visited the residence of the deceased.

Not long ago, suspected gunmen attacked the residence of Daniel Umaru, a pastor with Ekklesiyya Yan’uwa, resulting in the death of the cleric’s two teenage sons.

While Umaru survived, the attackers went away with his 13-year-old daughter.

The teenage daughter, however, had since been freed after the payment of an undisclosed amount as ransom to the bandits.