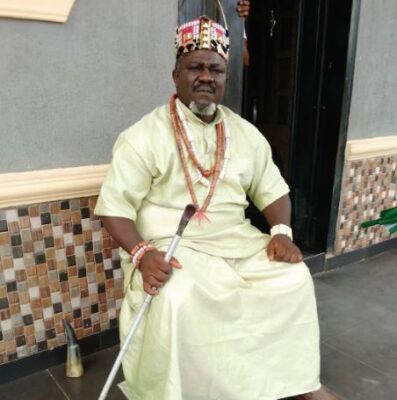 The actor, who usually plays the role of a king in movies, died just hours after he was on a movie set.

His colleagues, who took to Instagram to share the sad news of his demise, said he was on set yesterday, May 3, only for them to hear of his death this morning.

Trending Now :  No Going Back On Yoruba Nation – Sunday Igboho

Tributes have poured in from his colleagues. 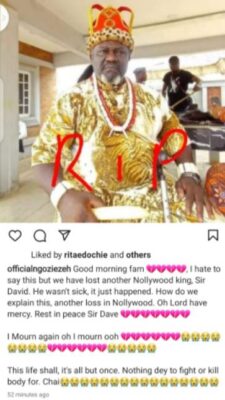 We have lost another great actor in the movie industry. May his soul rest in peace.

About Tori News Updates & Latest Gist 2022 3092 Articles
I am the GODCHILD. A High-Intelligent Brain Design of Utmost Love and Crazy Ideas . CLICK HERE TO SEE AUTHOR'S UPDATES SO FAR.