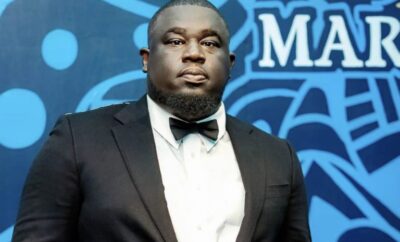 I Regret Not Signing Patoranking And Teni – Soso Soberekon Opens Up

I Regret Not Signing Patoranking And Teni – Soso Soberekon Opens Up: Soso Soberekon, the Nigerian music producer and talent manager, has revealed that he regrets not signing popular music faves, Patoranking and Teni into his record label.

He stated this during a question and answer session on his Instagram on Sunday night.

When asked what his biggest regret was, Soberekon said; “Why I didn’t sign Patoranking & Teni when I had the chance to, especially Patoranking, he was taking okada from Ikorodu/Ebute Meta to meet me several times with his demo CD.

“Begging me to sign him, but I couldn’t sign him then, but later signed someone else that Patoranking is 100 times bigger than today” he responded.

Patoranking whose real name is Patrick Nnaemeka Okorie, is now signed to his own record label “Amari Musiq” and has a distribution deal with VP Records in New York.

She had since 2017 dropped three studio albums and one EP.