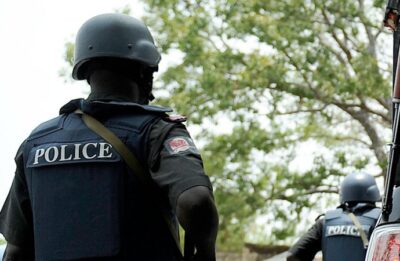 IPOB Did Not Bomb Popular Izombe Market – Imo Police Clarifies: A report alleging that suspected members of the Indigenous People of Biafra bombed a popular market in Imo state has been debunked.

The clarification was made by the Imo State Police command in a statement released on Tuesday.

Read the statement below:

The attention of the Imo State Police Command has been drawn to a false newspaper publication in the DAILY SUN Newspaper of 21ST June, 2022 captioned “SIT-AT-HOME: GUNMEN BOMB IMO MARKET” and online news captioned “BOMB EXPLOSION ROCKS IMO MARKET, SCORES INJURED, VEHICLES BURNT” written by one Stanley Uzoaru a reporter of Daily Sun Newspaper, alleging that “gunmen while enforcing sit-at-home order of the proscribed Indigenous People of Biafra (IPOB) yesterday, 20/06/2022, BOMBED the popular Izombe Central Market in Oguta Local Government Area of Imo State; that they earlier warned the traders not to come out on Monday’s but they ignored them. Irked by their defiance, the gunmen threw bomb inside the market and everybody started running for safety, they poured fuel on two vehicles and everywhere went up in flame”.