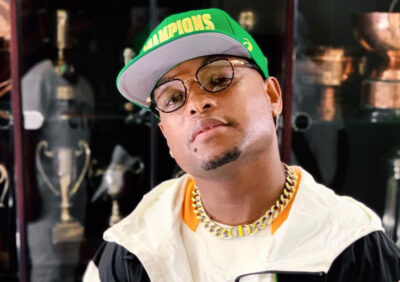 Mzansi rapper K.O is ready to close out the month in a major way. The talented emcee has been silent for a while. He previously dropped the joint “Emoyeni.” In a recently shared tweet, he revealed that he enjoys rapping again.

It seems he wasn’t feeling it before. He also credited Lunatik Beatz for helping him with it. He also shared that the next “Skhanda Republic” album will be unapologetic rap. Indeed, his day one fans will love this one.

K.O also shared plans to drop a new joint. He unveiled the cover art for the song “Skhandaville Freestyle” and announced that it would be released on Monday. Fans are excited about the song. They have taken to the comments section to praise him. Hopefully, he will share more plans for the next album. 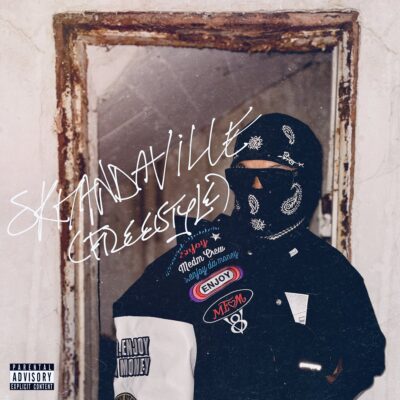 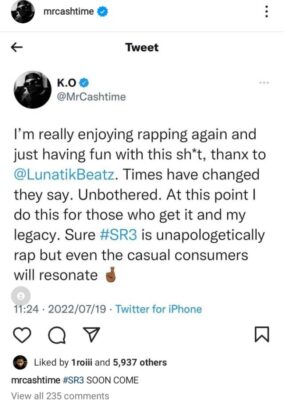 About @TrendsOfLegndsTeam 19386 Articles
We inspire people with whatever we are destined to do in life. We're on twitter: @MusicParrot1 & on Facebook: @TrendsoflegendsBlog