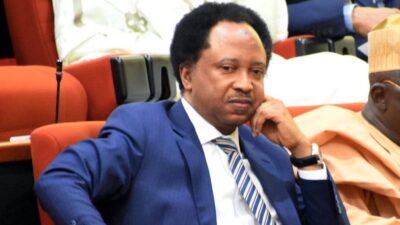 The rampaging terrorists were said to have attacked the area on Wednesday killing over 30 people.

And a viral report said that the terrorists this time, came with a helicopter, with which they carried out the operation.

But Kaduna State Government, on Thursday, debunked reports of the aerial attack by terrorists, but confirmed that 32 persons were killed in the attack in Kajuru Local Government of the State.

It said that the much talked about helicopter belongs to the Nigerian Air Force, which arrived to engage the bandits.

Over 150 bandits reportedly stormed the area on motorcycles, and proceeded to raze several houses, as they attacked and killed locals.

Shehu Sani, who also confirmed the killing, said however, that the NAF helicopter did not carry out any form of attack on the bandits.

“I was on call with a Kajuru youth leader who confirmed the massacre of 32 people by terrorists in Kaduna.

“The reported helicopter may not have belonged to the terrorists, but it deliberately refused to take action against the terrorists when they were killing and burning down houses,” he said.