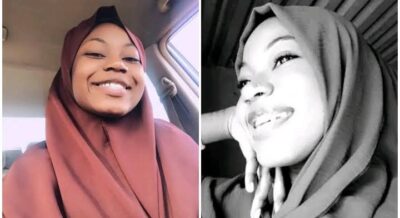 Police Detain Ameerah Sufyan Over Fake Alarm On Twitter: Nigerian Twitter user, Ameerah Sufyan, who raised a false alarm that she and 16 other residents of the territory were abducted has been detained by the Federal Capital Territory Police Command .

Recall that Ameerah had on June 14 alleged that she and other 16 victims, including three pregnant women and two children, were kidnapped at gunpoint in the nation’s capital by men in police uniforms.

The tweet triggered tension across the country as stakeholders called on the police to intensify efforts in ensuring that she and other alleged victims are released unhurt.

Trending Now :  TikTok Overtakes Google As Most Popular Site In 2021

A few days later, the FCT command said the Tweep was found, saying there was no kidnapping incident as alleged by Ameerah.

It was gathered on Tuesday that the FCT command detained Ameerah for raising false alarm amid the insecurity ravaging the nation.

He said, “She is in police custody, currently undergoing medical examinations. While investigation continues please”.