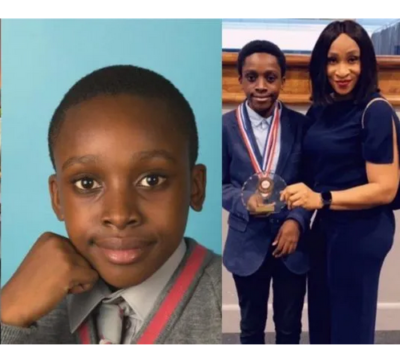 Meet Legends Chike Ofili: Let us talk about this little legend, Chika Ofili, A 12-Year-Old British-Nigerian Kid That Discovered New Formula In Mathematics and is now a scholar.

Chika Ofili is now considered a a scholar globally after a great feat he made by discovering a new Formula In Mathematics. How did the the 12 year old Ofili achieve this? You will find out more and you keep reading. 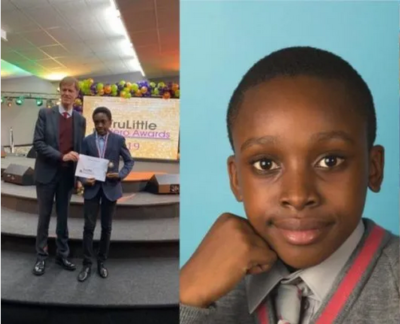 The news has spread like a wildfire of A 12-year-old British-Nigerian kid named Chika Ofili who emerged as one of the youngest Mathematics scholars in the world after discovering a new mathematical formula. Kids are doing wonders, and in years to come more kids will join the list.

Briefly About Chika Ofili: He was born in London, the United Kingdom by a Nigerian parent, the young legend made the discovery of a formula that solves several division problems swiftly. He made the discovery while completing a homework assignment given to him by his teacher.

Chika attended the Westminster Under School in London and his Mathematics teacher, Mary Ellis gave him a book called “First Steps for Problem Solvers” while on break.

According to Mary, the book contained several division problems that required him to determine if various numbers are divisible by 2, 3, 4, 5, 6, 7, 8 or 9 before completing the full problem, but his math book didn’t contain a memorable test for dividing by 7.

In Chika’s quest to solve the division challenges, he created a new method that consists of taking the last digit of any whole number, multiplying it by 5 and then adding this to the remaining part of the number to get a new number. He found that if this new number is divisible by 7, then the original number is also divisible by 7.

The method was backed with algebraic proof, and it has successfully changed the way math is understood all around the world. Chika’s groundbreaking discovery in the field of mathematics accorded him recognition around the world and was awarded as a scholar by the TruLittle Hero Awards in the United Kingdom.

We just discovered, uncovered and learned about about another young Legend and remember that We will stop at nothing in unveiling more and more Legends to you especially those you have not heard and read about before. You can always find more contents when you visit our Website HomePage and if you are a lover of news updates, visit our Tori News Page Here. Also make sure you don’t miss the content about another Legend, Amoy Antunet – An 8-Year-Old Neuroscientist Who Owns A Lab.

About @TrendsOfLegndsTeam 19599 Articles
We inspire people with whatever we are destined to do in life. We're on twitter: @MusicParrot1 & on Facebook: @TrendsoflegendsBlog