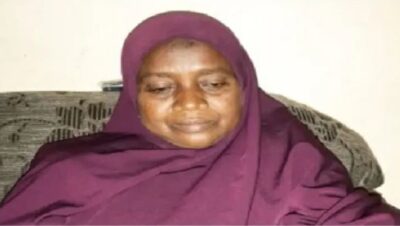 Mother Of Missing Social Media Critic, Dadiyata, Dies At 66: Hajiya Fatima, the mother of popular social media critic Abubakar Idris, also known as Dadiyata, who inexplicably vanished in the early hours of August 2, 2019, has died at the age of 66, according to a report by Daily Trust.

They allegedly kidnapped Dadiyata from his Barnawa house in Kaduna in 2019, when he was 37 years old.

His wife claimed he got home around 1 a.m. and was on the phone when unidentified assailants grabbed him, pushed him back into his car, and drove away.

In a 2020 interview with Daily Trust, Hajiya Fatima expressed hope that she will be reunited with her son, despite her anguish while thinking of him.

“I have resigned my fate to Allah and with all the prayers from well-wishers, I know he will be released when Allah says it’s time. But my prayer is to live to see that day,” she said.

The mother of six died yesterday at the 44 Nigerian Army Reference Hospital following a brief illness, according to Daily Trust.

This is rather unfortunate news. May Allah grant her soul eternal rest.