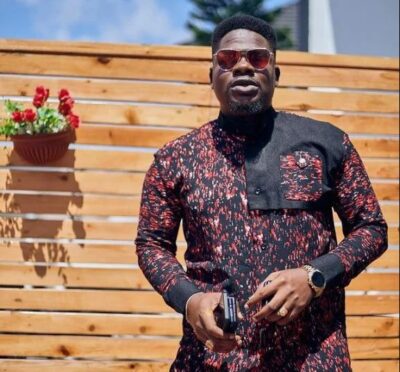 He expressed his displeasure over Nigerians who are still hesitant to vote wisely.

In a tweet on Wednesday, he highlighted some of the issues prevailing in the country, saying with everything happening in Nigeria, no one should beg anybody to vote wisely.

He said it was still shocking to him that some Nigerians were not yet willing to make a better choice in the forthcoming elections.

NO ONE SHOULD BE BEGGING YOU TO VOTE WISELY!!!.

“You are waiting for Mr Macaroni to tell you who to vote for? Suffer never tire you, Sit down there and be waiting,” he tweeted.

Mr Macaroni has been known to be one of the Nigerian celebrities who always aired out his grievances towards the present day government on the need to improve the quality of life of the citizens who voted into power.

His post however generated several reactions. While many supported his claims, others shared their contrary opinions.

See some of the reactions below:

@MrCruiseSA wrote: “Standing on the fence will not help us to achieve this new Nigeria. All of you celebrities you come out and campaign for your candidate if you truly care about Nigeria and stop hiding. Tomorrow now una go wan make we go protest.”

@Perosky_007 said: “Well said, truth is if u need convincing at this point of Nigeria degradation then it means you’ve been living well cos I don’t see how you won’t notice the level of deterioration of the country if you’re not very well to do or stinky rich, either that or you’re just stupid…”

@AnderuOgbeni wrote: “If they like they should vote foolishly. The ball is in our courts. Get your PVC and let’s have the real Nigeria we all deserve.”

@felix_ogbuli said: “ASUU strike, Poverty, bad economy, inflation No one should be begging to look for a high paying skill or start a business NO ONE It could get worse.”