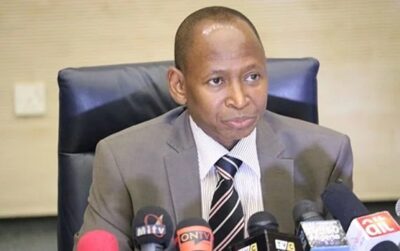 He was granted bail on Thursday by an Abuja High Court sitting at Maitama, according to a report by Punch.

This is coming barely a week after the court remanded the former AGF in prison. The court had last week Friday ordered that Idris and his co-defendants be kept in Kuje Correctional facility pending the hearing of their bail applications.

The remand order followed the arraignment of the former AGF by the Economic and Financial Crimes Commission.

But in n his judgement on Thursday, the presiding judge, Justice Adeyemi Ajayi, adopted all the terms and conditions of the administrative bail the Economic and Financial Crimes Commission earlier gave the ex-AGF and his two co-defendants.

“In line with the due process and supremacy of the law, the Defendants are still entitled to bail, irrespective of the enormity of the allegations against them.

“The EFCC did not in any of its processes, stated that the defendants misbehaved while on administrative bail”, Ajayi ruled.

Ajayi also ordered that the defendants shall not leave the Federal Capital Territory without permission of the court.

Justice Ajayi threatened to revoke the bail of any of them who fail to appear for trial.

The court also stated that the defendants shall sign an undertaken that they will abide by the bail conditions by the EFCC.

Justice Ajayi also orders that the defendants should not have and shall not procure alternate passports until the case is expensed, having deposited their original passports to the commission.

Ajayi gave the ruling on grounds that the allegations against the defendants are yet to be proven.

The trial began immediately after the ruling on bail.