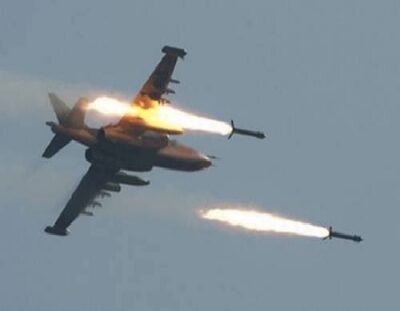 NAF Airstrike Kills Six Children In Niger State: According to the Daily Trust, six children were killed in Niger state by an attack by a Nigerian Air Force fighter jet.

The victims range in age from 5 to 12 years old.

According to reports, the incident occurred in the Kuregba community of Niger State’s Shiroro Local Government Area.

The Joint Security Operatives’ air component accidentally hit the community while trying to destroy terrorist hideouts in a sector of the local government, according to the Daily Trust.

Several residences were also demolished, according to residents who spoke to the Daily Trust on Wednesday.

Salis Mohammed Sabo, a spokesman for the Coalition of Shiroro Associations, said the incident occurred early in the morning while the children were fetching water from a motorized borehole in the Kurebe community.

Sabo said a father lost two of his daughters and two granddaughters to the strike, adding that the community where the airstrike took place was not the hideout of the bandits.
“The terrorists’ camps are well known. The terrorists around the community are of two groups, with two different camps. One links up with the community through Unguwan Zomo, the other through Kwantan Yashi area,” he said.

We pray that the soul of the children rests in peace. However, we urge the government to do something about the security situation in Nigeria.