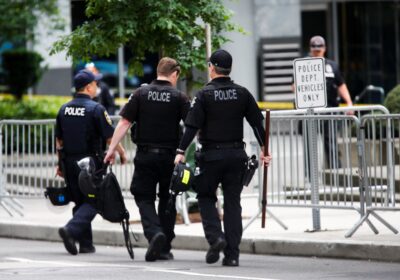 Nigerian Extradited To The US To Face Fraud Charges

Nigerian Extradited To The US To Face Fraud Charges: Olamilekan Idowu Fatade, a Nigerian man, has been extradited to the United States of America.

The man was extradited on Thursday, to face prosecution on fraud and aggravated identity theft charges.

According to a statement by the Department of Justice, US Attorney’s Office, Southern District of New York on Friday adding that his repatriation was in connection with “fraudulently obtain and attempt to obtain millions of dollars of medical equipment, laboratory products, computer equipment and hardware, and other merchandise from suppliers of such merchandise across the United States by impersonating, among other individuals, procurement officials of U.S. state and local governments and educational institutions.”

It was also revealed that Fatade will be presented before US Magistrate Judge James L. Cott. The case is assigned to U.S. District Judge Valerie E. Caproni.

Damian Williams, the United States Attorney for the Southern District of New York, and Michael J. Driscoll, the Assistant Director-in-Charge of the New York Field Office of the Federal Bureau of Investigation made the announcement on Saturday.

Williams said: “Fatade Idowu Olamilekan is alleged to have carried out a sprawling criminal scheme to fraudulently obtain medical equipment and other merchandise. Olamilekan allegedly identified U.S. procurement officials, including the Chief Procurement Officer for New York, to then impersonate them and use their credentials to request millions of dollars in equipment shipments from various suppliers without advance payment. Olamileken has now been extradited to the U.S. for his alleged attempt to illegally profiteer from the worldwide pandemic.”

In addition, Driscoll said: “We allege Olamilekan impersonated state procurement officials during the height of the pandemic and stole critically-needed medical equipment that was in high demand and short supply. Fraud can have immediate and direct impacts on people, and we remain determined to bring those who commit it to justice.”

It was reported that from at least in or about 2018 through at least on or about September 14, 2020, during the coronavirus pandemic in 2019, Olamilekan impersonated the Chief Procurement Officer of New York State in an effort to fraudulently obtain medical equipment, including defibrillators. He engaged in the following conduct to carry out his criminal scheme:

Trending Now :  Nigerian Woman Reports Her Husband To NDLEA After She Found Cocaine in the Bathtub

These were among other criminal charges levelled against Olamilekan which include the spoofed email accounts to send emails impersonating the procurement official and seeking quotes for medical, laboratory, and computer equipment from targeted suppliers.

He also received a response from a targeted supplier, he provided the supplier with a purchase order containing the forged signature of the impersonated procurement official and an address for a warehouse located in the United States for delivery and storage of the equipment purchased.

The maximum and minimum potential sentences are prescribed by Congress and are provided here for informational purposes only, as any sentencing of the defendant will be determined by the judge.