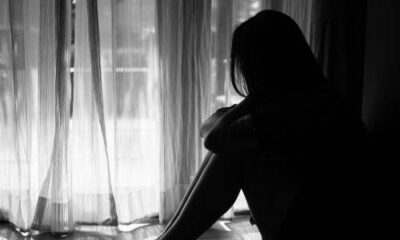 Nigerian Lady Narrates How One Of Her Kidnappers Saved Her

Nigerian Lady Narrates How One Of Her Kidnappers Saved Her: A Nigerian lady has told a startling story of how she was abducted by fraudsters and then freed.

She narrated how one of her kidnappers saved her and also bought her a phone.

The lady, identified by her Twitter handle, @GinikaofAfrica, who was reacting to a tweet asking Twitter users to share a true life story that sounds made up, revealed she was abducted while going for her teaching job at the age of 17 and taken to another state.

The Twitter user revealed that one of the kidnappers liked her and drove her out of the bush. He eventually bought her a phone after she told him her phone bad after he asked for her phone number.

She added that the man who gave her the names and locations of those who abducted her, went on to show her his international passport and said he was only trying to make enough money to leave the country.

She tweeted; At 17, I was going to my teaching job when I got picked up by fraudsters(419), (was supposedly jazzed), and taken to another state but one of the men decided he liked me and drove me out of the bush to a bus stop, on our way he asked for my number, I told him my phone was bad;

He took me to a shop and asked me to pick any phone I wanted (collected a Nokia C1 cause na wetin dey reign); then he asked how I would explain my experience when I got home, and I said “419 people carried me naaa” he went on to give me all their full names and locations.

Put me in a bus himself, paid the driver and asked him to drive safely, still gave me 2k for transport. I’m not sure the jazz that hit him but when I got back, I stopped over at the school and learnt pupils have been praying all day, got home to find that everyone had gone to meet there different prayer groups, my mum was the one calling everyone on phone to tell them to end the prayers that I was back.

Apparently the school called home to inform them I was late as usual but too late this time, mum informed them I left for work already; people wanted to insinuate I go don make careless waka but my mum said “if Ginika says she is going to school, she is, unless something happens.

I left out a lot of details so it won’t be a long thread but before we bought the phone, he took me to his house to get his withdrawal slip cause this was in 2011, there he showed me his international passport and said he is only trying to make enough money to leave the country.

Also a lot of people are curious what happened afterwards, well I gave him a fake number so that was the end of us. Then when I got home my mum took the phone and money from me, prayed over them, sold the phone to a neighbor and took the proceeds + the 2k an orphanage home.